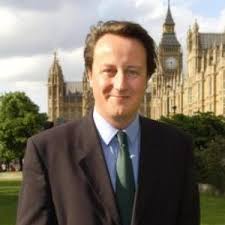 This is Gordon Brown’s speech after the outcome of the election: officially has a hung Parliament with the Conservative the largest party. This is the first hung parliament since 1974.

What does exactly hung parliament mean? The Parliament is composed by 650 seats. For a single party to reach an overall majority in the House of Common has to obtain 326 seats. None of the parties achieved the winning post as it’s showed in the tab below.

A party is not required to have an overall majority in the Commons in order to form a government.

One possibility is that the largest party is going to form a minority government.

By convention, after the election, the person who seems most likely to command the House of Common is invited by the Queen to become Prime Minister.

In this situation, without an overall majority, the political parties has to decide who that person is, and communicate the name to the Queen that will accept the outgoing Prime Minister’s resignation and consequently will invite the elected to take his place.

Two o more parties have to achieve an informal agreement. One of the parties of the pact forms the government and the other parties will support it in any votes in the House of Commons.

In this prospective, David Cameron offered a pact to Clegg to run the country together “tackling the big and urgent problem- the debt crisis, the deep social problems and broken political system” Cameron said. Despite the effort, no deal has been announced until this morning.

In the meantime the business of government in charge is suppose to continue. The chancellor Alistair Darling, is going to meet EU finance minister to discuss about the Greek crisis.

READ MORE : Special Elections Uk – WHO WILL WIN? ( our Story and investigation about the UK’s Election)