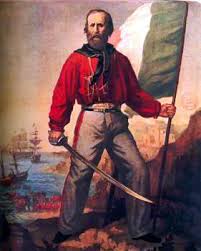 Organised in co-operation with the Fondazione G. Garibaldi and the Circolo Mazzini-Garibaldi
Italian Cultural Institute
Wednesday 16 June 2010 at 6:30pm
39 Belgrave Square SW1X 8NX
This year marks 150 years since Garibaldi’s famous Expedition to Sicily, which lead to the liberation of the Italian peninsula.  The events, resulting in the political unification of Italy, generated great enthusiasm amongst the British – a phenomenon also known as ‘Garibaldimania’. As a contingent of English volunteers enrolled to fight for Garibaldi, newspaper reporters and illustrators for the illustrated press left Britain to report on the events. By 1861 panorama impresarios in Britain were capitalizing on the ‘Garibaldimania’ phenomenon, producing travelling panoramas which illustrated the heroic life of Garibaldi and his wondrous enterprises.
One such artifact has survived and has recently been digitised by the Brown University Library (Providence, Rhode Island) which owns it. This impressive 273 feet (83m) long double-sided watercolour panoramic artwork is one of a number of Garibaldi panoramas which provided a moving pictorial image of the events. The linear painting, scrolling on rollers, provided family entertainment to British audiences throughout the country, as it was transported on horse-drawn carriages and exhibited in Music Halls and Corn Exchange Halls.
Additional background information on the digitisation process – 2007 press release from Brown University
http://news.brown.edu/pressreleases/2007/09/garibaldi-panorama
Featured speakers: