LONDON : The most ambitious hotel restoration in history is complete.

The Savoy, A Fairmont Managed Hotel, will reopen its doors on Sunday, October 10, 2010. One of this year’s most eagerly anticipated openings, The Savoy has been undergoing one of the most ambitious restorations in British history. The hotel closed in December 2007 for a restoration program that encompasses the entire building from the iconic entrance and the American Bar to Savoy Grill and the 268 guestrooms and suites.
“We are very excited to reopen The Savoy”, comments Kiaran MacDonald, General Manager. “It is fair to say that this project has not been without its challenges, but we are looking forward to unveiling the results of nearly three years of hard work and dedication. We are very aware of the place that The Savoy holds in many people’s affections and we firmly believe that the hotel will exceed people’s expectations and reclaim its position as one of the world’s great hotels.”
Established in 1889, The Savoy was the brainchild of the Gilbert and Sullivan impresario Richard D’Oyly Carte. Originally managed by Swiss hotelier César Ritz and Maitre Chef Auguste Escoffier, the hotel quickly became known for its glittering parties and glitterati guests. Escoffier created dishes for Sarah Bernhardt, Lily Langtry, Dame Nellie Melba and the Prince of Wales, later Edward VII, while Ritz instituted the impeccable service, attention to detail and creativity that came to be the hallmark of the hotel. For more than a century, Savoy Court was the stopping point for the Rolls-Royces of royalty, prime ministers and Hollywood stars.
The hotel’s two main design aesthetics, Edwardian and Art Deco, have been carefully brought back to life under the direction of world-renowned designer Pierre Yves Rochon. More than 1000 craftsmen and women, artists and artisans have worked tirelessly to create interiors that are in keeping with the hotel’s original and much-loved spirit.
Thirty-eight new River Suites and Guestrooms have been added, offering the same stunning views over the River Thames that inspired Whistler and Monet. Nine Personality Suites will pay tribute to a few of the artists and well known figures who made this legendary hotel their London home away from home including Maria Callas, Charlie Chaplin, Marlene Dietrich and Frank Sinatra.
The suites contain artwork, literatures, photographs and artefacts that evoke the time and spirit of that star including the 12 pink roses in the Marlene Dietrich Suite, that the actress always requested on arrival.
The Savoy’s reopening will include the addition of a stately 325-square metre Royal Suite featuring two bedrooms, a study, sitting room, dining room, master bathroom, dressing room (with a specially ventilated shoe closet) and a master bedroom with a bespoke Savoir bed. The suite has been specially designed so that all the rooms enjoy one of the finest views of London.
The bars and restaurants of The Savoy have always played a major role in establishing the reputation of the hotel and a new life has been breathed into them. The legendary River Restaurant sees a contemporary interpretation of Art Deco décor while guests will welcome the reopening of the American Bar, refreshed but intact in spirit. In addition, Savoy Grill will return under the operation of Gordon Ramsay Holdings with Chef Patron, Stuart Gillies and Head Chef, Andy Cook. 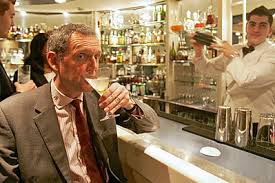 New to the hotel will be The Beaufort Bar, a glamorous Art Deco bar built on the hotel’s original cabaret stage that will offer champagne, cocktails and cabaret and Savoy Tea, a bijou teashop selling Savoy tea, accessories and fresh patisserie. Within the Thames Foyer, the re-introduction of a stunning gazebo beneath an ornate glass dome will provide the perfect ambience for afternoon tea.