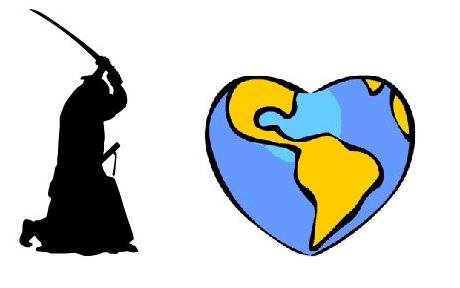 Ladies and gentlemen, the glaciation is served. This, and much more, are repeating in chorus televisions and improvised scientists, spurred by the interest (and the lavish fees) of many market giants. The wave of frost seems to be the global news, except for the sharks who speculate on everything, from pain to misery, for which is only a good deal.

They do not care to identify the causes, because they pay attention to the result. It is business law, for all the rest there is Mastercard.

If technology cannot stop, the man will remain the most damaging animal to the entire ecosystem, until the day of its collapse. Snow, ice, blocked roads, haywire air traffic: this is the chilling picture of European and international transports in recent weeks. New York is submerged by snow, the airports in London, Frankfurt and Paris have canceled thousands of flights, and even in southern Spain, between rains and floods, is a real disaster. Not to mention Italy, where year-round is a constant disruption. It’s a situation that lasts for several years.

Yet according to the World Meteorological Organization, the first decade of the Third Millennium was the warmest of the last 150 years, and 2010 in particular has been more heated from 1879, when starts the first official registration of climate and temperature. Clearly, something is wrong. Vladimir Petoukhov, a Climate Impact Research physicist in Potsdam, Germany, in an interesting article explains how the record-cold in recent years is a result of global warming and the melting of polar ices. Petoukhov and his colleagues have analyzed the reduction of the crust of ice covering the eastern Arctic, including the Barents Sea, Norway and Russia: over the past 30 years it was reduced by 20%. The sea, in this area, no longer covered by ice during the summer, consumes a tremendous amount of heat that is released during the winter.

So, the ocean acts as a kind of huge radiator, and this accelerates the warming process. The warming of the lower atmosphere generates an abnormally high pressure system, that pushes to south clouds of cold polar air. And here are extraordinary snowfall in Tasmania, the cold peaks around Earth, and all of the other problems.

This facts did not disprove the theory of heat, but they complete it. If these anomalies have tripled the likelihood of extremely cold winters in our planet, we can not pursue to pass the buck. Meanwhile someone, with global warming, is doing a lot of money, and this doesn’t seem a brilliant news.