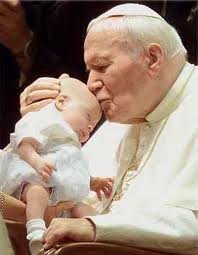 Vatican ‘s City  -from  SIX YEARS FROM THE DEATH OF THE POLISH POPE, Karol Wojtyla will be beatified the first May 2011. The announcement of the beatification of pope Wojtyla has been given with the promulgation of the decree that attributes a miracle to the intercession of Giovanni Paul II. The manager of the room stamps vaticana, father Federico  Lombardi, has announced therefore that the rite of beatification will happen the first May, the second Sunday of Easter, of the Divine mercy, and will be presided by the Pope Benedetto . Blessed therefore XVI has affixed his  signature on the issue of the beatification of Giovanni Paul II received by the prefect of the congregation for the Causes of the Saints the card. Angelo Amato.

The Tomb – In the basilica of St. Pietro the jobs are begun for already the realization of a tomb that, set in one of the altars, it will entertain the body of the Polish Pope once become beato.Papa Ratzinger  has approved what the bare ones of figurative Wojtyla from the Caves’Vaticane, move where the are now found, to the chapel of St. Sebastiano put to the right of the central aisle between the Michelangelo’s Pity of and the Chapel of the Holy Sacrament.

The conclusion in the 2011 of the process of beatification for Wojtyla points out that  is worked a lot, examining an immense massive structure of documents and listening to as witnesses, to analyze a pontificate of almost 27 years and the whole life of a character that  has marked the history of the Church but also deeply influenced the Nine hundred international history.