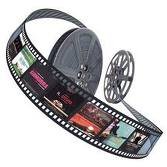 Cinema lovers really had enjoyed this long weekend of Italian cinema organized by the Italian Cultural Institute, the Piemonte Film Commission, the Association Piemontesi in the World UK section and the Regione Piemonte. It is time for italian cinema to be appreciate abroad.

The kermesse started on Friday with the film “After Midnight” directed by Davide Ferrario and with Giorgio Pasotti, Francesca Inaudi, Fabio Troiano and Francesca Picozza after a presentation by Mr Umberto Tosi President of the Association Piemontesi in the World who introduced Doctor Domenico Gargale from the Piemonte Film Commission. This film is set at the Museum of the Cinema in Turin that now is inside the Mole, the highest building and the symbol of this city. Both Peking and Los Angeles have been inspired by this museum when building their own museums about cinema and it is the first museum of the Cinema in Europe. On Saturday the screening of the film “Zoe” by Giuseppe Varlotta with, among others Francesco Baccini and Serena Grandi, has been followed by a Q&A with the director Giuseppe Varlotta where the audience could have had an account from the very person involved during the filming. Questions about the historical facts during that period described in the film have been explained. Quite a few in the audience‘s thought that it was a war film, a kind of documentary, but both Doctor Gargale and Director Giuseppe Varlotta answered that it was not the case.

This film was like a fairy tale, a dream seen from a girl’s eyes with her hopes, her fears and the adventures that populate a child’s mind. This film is the debut of Giuseppe Varlotta and it has been awarded with several prizes included one for best actress to Monica Mana, the little girl in the film. On Sunday this cinema kermesse ended with the screening of the film “The Wind Blows Round” by Giorgio Diritti with Thierry Toscan, Alessandra Agosti, Dario Anghilante and Giovanni Foresti, a film set in the Occitan Valley and where the actors were talking in this ancient language, mixed with Italian and French. All the films shown were set in Piemonte, a region in the north of Italy, so it has been possible to admire the landscapes of this beautiful area, from Turin in the first film to the small villages that dot the hills and the countryside.

All the films were in Italian with English subtitles. Recently Italian Cinema has become more popular in Great Britain being included in major Festivals and also with regular screenings in main cinemas. One more time the cinema has assisted its rebirth of the Italian Eighth Art abroad with new talents, beautiful stories and a virtual tour of Italy as well. The Italian Cultural Institute has brought to the British public as well to the Italians residing in Great Britain another great event with renowned guests and its usual warm hospitality.