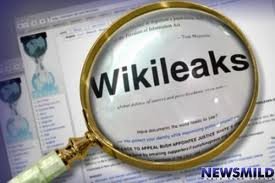 He has been challenging the whole world: institutions, economy and trade affairs, without any fear. He has been reaching the goals he always fought for: freedom of expression, opinions and  transparency,without any condition.

Julian Assange, the creator of Wikileaks, has become the symbol of denounce, freedom, honesty since he began his battle against the hidden policy of “the Big Ones”. He started his mission blaming China and Russia authoritarian governments, as well as he spread files and dossiers against Scientology, the violation of human rights in Guantanamo and  governments’ unclear and hidden power games. In order to increase his mission he created in 2007 Wikileaks a strong website publishing the most pressing truths involving institutions. By such a powerful tool, Mr Wikileas published 250.000 files concerning the deep relationships between Washington and 270 embassies all over the world, the USA espionage against members of the United Nations.

Inconvenient facts about Al Quaeda and the corruption affecting lots of world leaders were also reported in the cabs. Assange has been associated with truth, freedom, transparency and he was not expected to symbolize peace till few days ago. “WikiLeaks wants to make governments accountable for their actions and that contributes to peace”  Snorre Valen, a 26-year-old legislator from Norway’s Socialist Left Party said. Varen supported Wikileaks nomination for the 2011 Nobel Peace Prize, talking about the importance of the freedom of expression and  truth. “In fact WikiLeaks is well-known for its the struggle for human rights, democracy and freedom of speech, just like last year’s winner, Chinese dissident Liu Xiaobo.” Varen wrote on his blog. 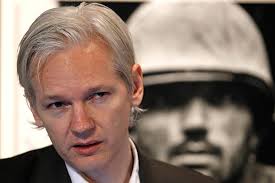 The legislator also cited nepotism and corruption in Tunisia’s presidential family, saying WikiLeaks “made a small contribution to bringing down” that regime.

Even though Assange is now considered the symbol of  peace, he  doesn’t stop  being the spokesman of a fighting and burning peace.