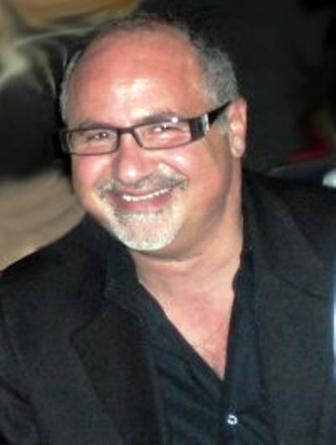 The “BEST OF THE FEST”, the Salento International Film Festival’s top 2010 films, in London for a 3-day showcase, concluded last night at the Italian Cultural Institute. An eclectic mix of independent film lovers crowded the Institute’s screening room to lap up the “BEST OF THE FEST” final movie selection. [in photo Gigi Campanile]

DANCERS AT AUTUMN FESTIVALS – by Alfredo De Giuseppe, left the audience in awe. The film-documentary introduced a group of quirky pensioners showing off their samba skills at folk festivals in rural Apulia.

The camera follows their ‘unusual’ personalities as they fight back the years dancing away, and making the most of the mild autumnal weather before winter kicks-in to kill all the fun. But the “BEST OF THE FEST” and cherry on the cake was “18 YEARS LATER”, a feature film directed by Edoardo Leo, Italy 2009. The film explores a theme of sibling rivalry. One brother perceives the other to be better looking, better at every level. It is blinding jealousy that will result in the tragic death of their mother in a car accident. Genziano (Marco Bonini) and Mirko (Edoardo Leo) will not speak for 18 years until the death of their father brings them together again .

The Salento International Film Festival (SIFF) is a celebration of films and filmmakers. It promotes international independent films, as well as fostering stronger links between cultures and communities across the world. “BEST OF THE FEST” has been the most successful London showcase to date with many visitors coming from afar – from Italy Prince Lorenzo de’ Medici. “London is a most receptive and vibrant city and I am grateful to the Director of the Italian Cultural Institute Carlo Presenti for his hospitality, ” said a proud Gigi Campanile, the brain behind the SIFF.

The screening concluded with cocktail party, compliments of Italian socialite Marisa Melpignano who flew in her own chefs from Leading Hotel of the world Masseria San Doemenico – sponsors of the Salento International Film Festival 2011. “BEST OF THE FEST” at the Italian Cultural Institute has been a true fest of the senses.

The music of Maurizio Colonna and Luciana Bigazzi (by Cristina Polizzi)

The Italian Cultural Institute treated its audience to a couple of concerts by the renowned Italian guitarist Maurizio Colonna and pianist Luciana Bigazzi a couple in life and professionally. In this occasion it has been possible to listen to a world preview of Maurizio Colonna’s last CD “The Secrets of the Soul” a contemporary classic selection of music where Maestro Colonna is a solist accompanied by other instruments. Maurizio Colonna has played in several illustrious occasions like for the President of the ; in the Basilica of San Giovanni in Laterano he played the classical guitar for the first time in the history of this Church and he has been invited to play in the most prestigious events. Spanish guitar – maker Ramirez has appointed him as testimonial of the brand while the American La Bella has a set of strings called “Maurizio Colonna Professional Series”.

His music taps in the progressive rock genre as well, recognizable by a note or a rhythm in some of the pieces where there is a link to that period during the Seventies and early Eighties. “In the Middle of the Night”, one of the music in the CD, is dedicated to the British group Pink Floyd. Some pieces have been played from the CD because played only by guitar they would not have had the same effect, but after listening to a particular passage where the guitar has been exceptional, Maurizio Colonna repeated the same piece “live” to show the audience that during the recording of the CD no artificial sounds have been put to enhance the guitar. Recognized as the best guitar player in Italy Maurizio Colonna, he is not only a musician and composer, but he wrote books about the history of the music and about guitar technique that are in the most famous University libraries in the world. Maurizio Colonna’s career is stellar, and still young he achieved many goals unheard for many other musicians. He managed to give a life of its own to his guitar and his awards, won during his career are a statement of his skills.

The following concert by pianist Luciana Bigazzi had the Italian Cultural Institute hall full of music’s lovers. The talented musician played a selection of her pieces, introducing each one with few words, describing why she had written a particular piece, who was the recipient of a dedication, for example “Breakfast in ” has been dedicated to the director of the Italian Cultural Institute Carlo Presenti and his wife . Another piece “ Dimenticato suono” (Forgotten Sound) is a homage to a poetry written by her daughter Valentina Colonna while “Babloo” is dedicated to all Indian children after her visit to New Delhi. Her love for and culture is embroidered in “Keiko” or “Flying to the East” a couple of delicate pieces. Luciana Bigazzi’s activity is not only confined as a musician and composer, she is very well known as an artistic producer for events in Italy and U.S.A. for several record labels and organizing a series of concert in 2009 at the Italian Cultural Institute in London.

Once again who loves music could enjoy two marvellous concerts where contemporary music played the part of the protagonist and could listen to two major italian musicians and composers.