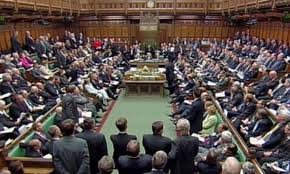 The Committee examining the Government’s taxation plans will question the Treasury and Revenue in the final evidence session of its annual inquiry on Monday 23 May.

The Committee will question officials before it reports on the Government’s 2011 Finance Bill in June.

The Government’s proposals for legislation against disguised remuneration attracted particular criticism in earlier evidence sessions for their length and complexity. One commentator described them as “the worst piece of legislation [he had] ever come across”. Witnesses highlighted the “endemic” practice whereby companies avoid paying tax by disguising salary payments as loans and said that the Government had “seriously underestimated” the amount that this cost the taxpayer. The Committee is expected to ask whether the Government is doing enough to stop such widespread tax avoidance practices.

Questions are expected to cover other issues raised in evidence, including:

The evidence session will take place on Monday 23 May at 16:05 in Committee Room 1.

The House of Lords Economic Affairs Committee reports annually on the Government’s Finance Bill. Its Members have served in roles including Chancellor of the Exchequer, Chief Secretary to the Treasury, FTSE 250 chief executive, professor of economics , chairman of Ofcom, deputy chair of the Competition Commission and economics editor of a national newspaper. The Committee also includes the current Chairman of Lloyd’s. For more information about the Committee and its Finance Bill Sub-Committee, see its website.

Chairman of The British-Italian Society

ROCK-SCULPTURE-SCIENCE: EXPLORING BENEATH THE SURFACE OF SCULPTURE