The University of Leicester Graduate School celebrates the excellent work of PhD students with two free public lectures on Wednesday, 25 May. The Doctoral Inaugural Lectures showcase the work of PhD graduates who are both outstanding academically and able to present their work in a way that is accessible and engaging to a wider audience.

The first lecture entitled ‘Waves in Earth’s Magnetosphere: “Sounds” Interesting!’ will be given by Dr Lasse Clausen, who will begin by looking at the importance of waves and the major role they play in all areas of geophysical research. Dr Clausen’s lecture will be focused on analysing waves that are generated in the magnetosphere (which surrounds the Earth and is crucial for its protection) using both space- and ground-based instruments. He will compare those waves with standing waves that form on strings when playing the guitar, demonstrate what they should ‘sound’ like as predicted by theory and compare that to what was actually observed.

The second lecture by Dr Nicholas Lloyd entitled ‘Depleted Uranium: Scientific Pictures and Media Tales’ will analyse the controversies surrounding this radioactive and chemically toxic substance. Depleted uranium is often associated with Gulf War illnesses and birth defects in Iraq, althoughthe majority of scientific studies suggest it is unlikely to cause commonly observable health effects. Dr Lloyd will focus on the environmental contamination caused by a factory producing depleted uranium products, in Colonie (NY, USA) during the 1960s and ‘70s, and the characteristics of the depleted uranium particles released. In addition, he will show how the Colonie story can help with unravelling further details about the properties of depleted uranium and its possible effects on humans and animals. Please confirm your attendance by using the online booking form at http://www.le.ac.uk/pgrd/events/inaugural/dil-booking, by e-mailing pgevents@le.ac.uk or by calling 0116 223 1889. The numbers of attendees are needed for catering purposes. The lecture will take place in Ken Edwards Lecture Theatre 3 . About Dr Lasse Clausen Dr Lasse Clausen was born and raised in Northern Germany. After high school he studied physics at the Technical University of Braunschweig; for his master thesis he relocated for a year to the University Centre in Svalbard, Norway. In September 2006 he joined the Radio and Space Plasma Physics Group at the University of Leicester as a Marie Curie Fellow to earn his Ph.D. under the superb supervision of Prof. T. K. Yeoman. 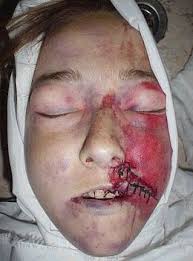 Currently he works as a post-doctoral associate in the HF Radar Group at Virginia Tech, USA. In his free time he enjoys watching American Football and spending time with his wife and his two children, though not necessarily in that order. About Dr Nicholas Lloyd Dr Nicholas S. Lloyd studied Geological Sciences at Imperial College and was awarded an MSc in 2002. After a period retailing wine for Oddbins Ltd., he returned to Imperial College to study for a degree in Environmental Diagnosis. His thesis on sampling radionuclide bearing particulates was sponsored by AWE Plc. He was awarded an MSc with Distinction in 2005.

After a brief period working at NIGL he was recruited as an applications specialist by Thermo Fisher Scientific, for whom he currently works in Bremen, Germany.

Chairman of The British-Italian Society

ROCK-SCULPTURE-SCIENCE: EXPLORING BENEATH THE SURFACE OF SCULPTURE