wimbledon UK . Lightning never strikes twice, so the saying goes. But try telling that to Nicolas Mahut and John Isner. The players made tennis history at the 2010 Championships when their incredible first round duel spanned three days and closed at 70-68 in the fifth set to break multiple records. So it was somewhat extraordinary when, out of the 128 competitors in the men’s draw, the players were pitted against each other in the opening round for a second consecutive year to set up a rematch.

Isner, who won last year’s encounter, said: “I couldn’t believe it, I joked with him last week, and said ‘watch us play each other’, and he said ‘no, there’s no way, that’s not even funny’. But as it turns out, that’s the case. One in whatever the chances, one in 127.” Earlier this year a Court 18 plaque was erected to commemorate the memorable contest; whether the tournament organisers choose to schedule the tie on the same court this time round remains to be seen.

Isner added: “It’s going to be a crazy, they might put us on a bigger court, put us back on that court. It’s going to be pretty nuts. I texted him already. We were supposed to practice tomorrow so we had to cancel that. We might do dinner – we’re really good friends now, but obviously we both want to win. We’re going to enjoy it and laugh at it at the same time. “

Elsewhere, two-time Wimbledon champion Rafael Nadal will open The Championships on Centre Court next Monday as defending champion and top seed against Michael Russell of USA. The Spaniard recently pocketed his sixth French Open title in Paris and a repeat of the Roland Garros men’s singles semi-finals could be on the cards at Wimbledon if the seedings are justified. The world no.1 is once again set to meet fourth seed Andy Murray, who has reached the semi-finals here for the past two years. 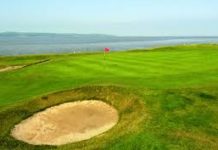 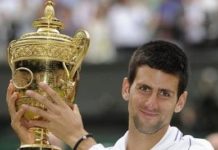