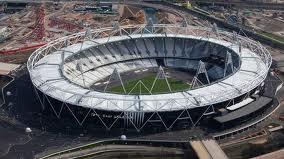 Football at the Olympics: the battle about Team UK David Beckham, Gareth Bale and Alex Ferguson together towards the gold medal. This is the dream of the BOA, the British Olympic Association, who announced there will be an United Kingdom football team in the next London Games despite the protests and the denials of the home nations Football Associations.

“I have been at this for over two years” Andy Hunt, BOA Chief Executive, said. So players coming from England, North Ireland, Wales and Scotland – nations competing individually in every FIFA competitions – will be able to join one team, managed by the English Football Association (FA), just as they used to do in the Olympics until 1960 Rome Games. However to the home nations Football Associations, the Team UK risks to jeopardize the identity of the different British football cultures.

The FA claims to have an agreement with the other home nations accepting its chance to select Scottish, Welsh and Northern Irish players. Also there is not legal framework which can restrain FA from calling other home nations’ players. To Hunt, selecting only English footballers would be impossible because “any policy that is discriminatory would be in breach of the Olympic Charter”. However home nations Football Associations denial every sort of agreement. “Our position remains we are opposed to taking part in Team GB,” said Stewart Regan, Scottish FA Chief Executive. “I was surprised by Andy Hunt’s comments, especially since we have had no dialogue with him. We need to protect our identity and we have no interest in taking part”. Same words came from the Welsh side. “We are not part of any agreement” said Phil Pritchard, Welsh FA president.

“The FA has no authority to speak on our behalf – they do not represent Wales whatsoever and that’s a fact”. Home nations fears also that they could lose their FIFA founder status and consequently their spots inside the International Football Association Board (IFAB), the body that holds the power of changing the international football rules. Even if FIFA president Sepp Blatter ensured that British teams keep being separated in the other football competitions, Scottish, Welsh and Northern Irish Football Associations’ concern is that this will be the first step towards their own disappearance. “I would rather lose as Scotland than win as Great Britain”, said former manager Craig Brown summarizing the thought of many Scot football exponents.

They also accuse BOA of creating Team UK only to try to dispose of 1.7m unsold Olympic football tickets. Additionally, the creation of a Team GB would be very gainful in terms of merchandising: the sales of replica Team UK jerseys could help BOA to manage the financial loss they expect to make this year. So GB Team could come back on international football scenario after more than fifty years. Rome 1960 was the last Olympics seeing a British squad on the field. Team UK joined eight times the Games, winning in the 1908 and 1912 editions. For its comeback, UK football team could count on several talented players coming from every home nations.

David Beckham proposed himself as captain – the squad will be made up by 15 under 23 players plus three born before 1989 – of a team who could count, for example, on English young stars Theo Walcott and Andy Carroll, Welsh talents Gareth Bale and Aaron Ramsey, North Irish midfielder Olivier Norwood and Scottish defender Paul Hanlon. Who will be the manager of this brand new team? First BOA’s choice for this job is Man United manager Sir Alex Ferguson, with Stuart “Psycho” Pearce – currently England U21 manager – as alternative.

Other questions regard this new national team’s fans: can Team UK fascinate British people like home nations teams can? And, above all, which chants will we hear coming from the terraces during the matches? 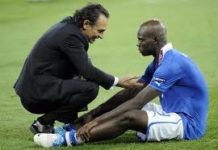 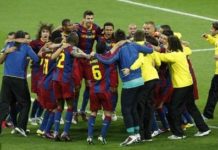 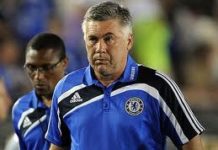 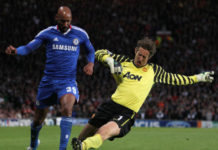