A new display at the National Portrait Gallery will explore the imagery associated with the influential, but somewhat forgotten socialist Herbert Morrison, grandfather of Peter Mandelson. Perceived by his peers as an archetypal cockney, Morrison played a leading part in the rise of the Labour Party, one of the most significant changes in the political order of the early twentieth century.

Chronologically charting Morrison’s career, the display will illustrate his progression from a young politician at the London County Council in the 1920s and 30s, to his staunch role as Home Secretary during the Blitz, his modernising influence as a post-war minister and his keen supervision of the Festival of Britain in 1951.

This large case display will include a recently acquired caricature of Morrison by Ronald Searle, and a never before exhibited portrait drawing by Henryk Gotlib. These will be shown alongside photographs by Yousuf Karsh, Howard Coster, Elliott and Fry and Bassano, and caricatures and drawings by Sir David Low, Juliet Pannett, Ronald Searle, Bernard Partridge. The inclusion of press photographs and caricatures will examine how Morrison was represented to the contemporary public through the media. Portraits of pivotal figures from Morrison’s life including the Labour Prime Minister, Clement Attlee, as well as those of his friends and detractors such as Ellen Wilkinson and Ernie Bevin, will provide the context of his times.

Born in Brixton to true cockney parents, Morrison (1888-1965), who left school at 14, was proud of his reputation as an archetypal Londoner.Using the term ‘cockney’ in its broader sense to describe working class Londoners rather than just those from the East End, the display considers how Morrison’s political character was shaped not only by traditional cockney values, such as strong civic pride, but also by the image he liked to project of himself as an ordinary Londoner seeking social reform.

Dr Ruth Brimacombe, Assistant Curator says: ‘Since the Festival of Britain, municipal London and the future of the Labour party are all topics of current interest; it seemed a timely moment to look back at Herbert Morrison, the ‘cockney’ politician who was so integral to their development in the previous century.’ 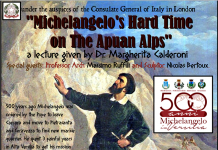