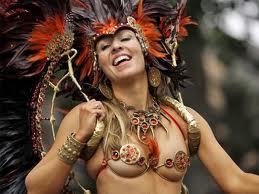 The very first carnival was an attempt to showcase the steel band musicians who played in the Earls Court of London every Weekend.

Dressing up in costumes that mimicked the European fashions of their former masters, even whitening their faces with flour or wearing white masks, they established a tradition that continues in the costume-making of today’s Notting Hill Carnival. Carnival usually gets under way on the Saturday with the steel band competition. Sunday is Kids’ Day, when the costume prizes are awarded.

On Bank Holiday Monday, the main parade takes place More than 100 decorated floats, pumping out calypso, soca and steel band music, parade through the streets over the weekend, followed by troupes of dancers in flamboyant, shimmering costumes and supporters with whistles and horns. 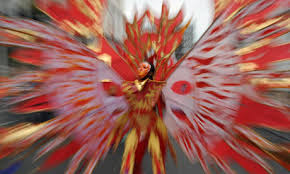 Sunday is traditionally the Kids’ Day of the carnival, while on Bank Holiday Monday London’s party people come to let off steam and dance in the streets until around 10pm. Visitors to the carnival can expect traditional Caribbean celebrations in a huge cultural explosion. Notting Hill Carnival Childrens Day is the first day of the carnival, promising an exciting day out during the August Bank Holiday Weekend. British Transport Police officers are patrolling the Tube and rail system, with mobile metal detection arches being used at some stations.

More than 350 medical staff from the London Ambulance Service and St John Ambulance are on duty on both days. For food-lovers, this splendid carnival in London’s Notting Hill offers an exciting choice with jerk chicken, rice and peas, and rum punch as well as the unusual flavour of many other mouth-watering cuisines. 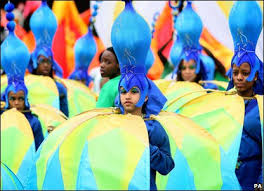 Fantastically dressed dancers, steelbands, calypso and soca musicians, and large sound systems are joined by more than a million party goers from the whole world and of all ages at the Notting Hill Carnival ’11 in London. You are welcome.

London taxi is available for airport transfers to all of London’s airport, 24 hours a day, 365 days a year.