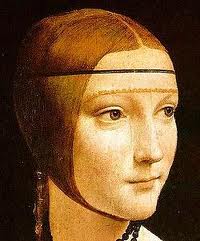 LONDON –National Gallery in London extraordinary measures for a special show: tickets, strictly limited time and are on sale today, although the exhibition open until 9 November. Only 180 people will come every half hour (less than the legal limit of 230), to give visitors the privilege of beholding the masterpieces without too much crowding, but the opening hours have been extended in the evening to allow as many fans as possible to visit the exhibition.

The National Gallery in London has announced new rules for the exhibition “Leonardo da Vinci: Painter to the Court of Milan,” which will be open from November to February and is already considered the artistic event of the year.

The National Gallery in London will restrict visitors to reduce the risk of overcrowding.The provisions stipulate that are sold, at most, 230 tickets for every 30 minutes.

However, the Gallery in Trafalgar Square is limiting the number of visitors to 180 for half an hour to further reduce the crowds. The gallery, however, with this “policy” could lose more than 10 thousand pounds a day. Nicholas Penny, director of the gallery, told the Times of London: “We have considered the problems generated by the most successful exhibitions in recent years and we have decided to act before what might be one of the most important exhibitions of our time.

This shows a great attraction defined as the most comprehensive exhibition of rare paintings of Da Vinci, among other works will also preparatory sketches of the Last Supper.

They will present works by prestigious as “the Lady with an Ermine” “La Belle Ferroni” “The Litta Madonna” and “Saint Jerome”.
The pride of exposure, however, is one of the most famous and important paintings by the master Da Vinci “The Virgin of the Rocks” from the newly renovated gallery.

Keyword of the exhibition is to put the light on the pictorial virtuosity analyzing techniques and goals as opposed to other exposures made so far mainly dedicated scientist and inventor Leonardo.
Leonardo da Vinci, painter of the court of Milan
9 November 2011 – February 5, 2012 However, who was Meghan before meeting Harry?