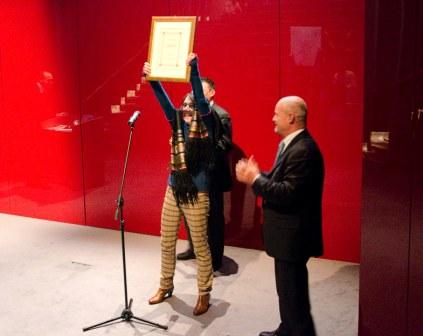 The final stage of the Festival “A Film for Peace” 2011 The International Festival “A Film for Peace” is very young – just six years old. Despite its young age, thanks to the passion and commitment of the municipality of Medea and the Windcloak Film Production, with the support of the province of Gorizia and of the Foundation Cassa di Risparmio of Gorizia, this event crossed the national frontiers and become in a short time one of the biggest festivals on human rights in the world, with 34 participating countries from all five continents.

Based on the conception and design of the artistic director and anthropologist Enrico Cammarata, the festival has received the support and coordination of Alberto Bergamin, Mayor of Medea. The great challenge of the Sixth Edition 2011 was to establish a special award for the topic of disarmament for which the screening and award ceremony was scheduled to take place at the prestigious British Museum in London. 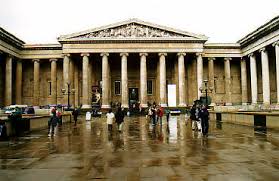 The event received the support of the regional councilor for productive activities of the Friuli Venezia Giulia-TurismoFVG. The award ceremony in London was organized in collaboration with Sagitter One and London Adv. Thanks to the efforts of the Foundation Cassa di Risparmio of Gorizia, who has always showed sensitivity to the culture of the Friuli Venezia Giulia, the event was held on October 27, in the biggest temple of the world’s culture: the British Museum. The program opened with the screening of a videoart lasting two minutes. The short film produced by the festival showed a girl striving to draw a symbol of disarmament and peace. With an unexpected gesture, the protagonist covered the soldiers (war vehicle) with a sheet of paper containing the drawing of the symbol of disarmament that she has just created.

The message is one of optimism, the hope that maybe, one day, the reasoning and the best part of humanity will erase the war forever. This short videoart was followed by the greetings of the Coordinator of the festival, Alberto Bergamin, the Mayor of Medea, and the presentation of some of the cities and of the typical products of Friuli Venezia Giulia the region, products that the public could enjoy after the festival. The day continued with an interesting report on disarmament by Dr. Marco Roscini, Reader in International Law, University of Westminster.

Enrico Cammarata followed up with a speech about the festival and the cinema from an anthropological point of view. After the screening of the film “Daisy Cutter” by Spanish directors Enrique García and Rubén Salazar, which received the Absolute Award at the festival of Medea on July 4, it was screened the winner of the Special Award for the Best Film on disarmament, entitled “Wardisease” by French director Marie Magescas, who received from Alberto Bergamin a framed scroll (parchment). The French director received also a photographic work in black and white printed on baryta paper on the issue of disarmament, signed by Bon & Cammarata, who have also exhibited a series of photographs in black and white (on baryta paper) on the topic of human rights in the foyer of Stevenson Theatre Hall of British Museum.

“Daisy Cutter” is an animation film that shows the destructive power of the Blue-82 bomb: the most destructive conventional bomb with its 7000 pounds of explosives. The documentary “Wardisease” belongs to the genre of film editing and shows in just eight minutes the horror of war. They are images that help us reflect upon the human condition, which was capable of great things such as inventions, scientific discoveries, solidarity, but also of terrible things such as genocide, and violence beyond comprehension. Love and hate: two characters of human nature and the pillars of the psyche as defined by Sigmund Freud.

After the London experience, the 2012 edition of the festival will present other original works of interest, which will promote the collaboration between Italian and foreign universities in order to introduce to the new generations important issues leading to the building of peace between nations.