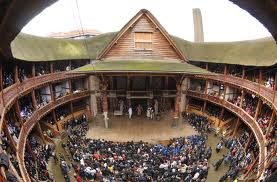 Artistic Director Dominic Dromgoole and Shakespeare’s Globe welcomes back multi award-winning actor Mark Rylance to perform in its 2012 Theatre Season The Play’s The Thing. This will be the first time that Rylance has appeared on the Globe stage since his tenure as Artistic Director between 1995 and 2005.

The main theatre season, which begins on 7 June 2012, follows hot on the heels of the ambitious Globe to Globe festival. Launching with Dominic Dromgoole’s new production of Henry V, the season will see Rylance – currently performing in Jerusalem in the West End – take on two of Shakespeare’s major characters – the title role in a new production of Richard III and a reprisal of his widely celebrated performance of Olivia in Twelfth Night, 10 years after its original premiere; both of which will be staged as ‘original practices’ productions.

The Globe’s main house programme is completed by a new production of The Taming of the Shrew. Artistic Director Dominic Dromgoole commented: “It was the Globe’s greatest stroke of good fortune to have Mark as its first Artistic Director – an actor of great distinction, and a leader of rare imagination. No-one has contributed more to the success of the Globe than Mark, and we all – actors, artists and audiences – play happily within the conditions he created.

It is our further great good luck that he is returning, with his Original Practices team, to play in the Globe again. It will be a fitting climax to an extraordinary summer which begins with our unprecedented Globe to Globe festival.”

Richard III and Twelfth Night will be directed by Tim Carroll, designed by Jenny Tiramani with music by Claire van Kampen – the creative team behind the original 2002 version of Twelfth Night. Performed in rep by an all male cast – many of whom will be new to these 2012 productions – the original practices approach to staging will employ recreated clothing, music and dance. Twelfth Night and Richard III will be a co-production between Shakespeare’s Globe, Sonia Friedman Productions and Shakespeare Road.

The play which opened the first and the current Globe, Henry V, will close the Globe to Globe Festival and launch the main 2012 theatre season in June. In continuation of the 2010 productions of Henry IV Parts 1 and 2, Henry V will be directed by Artistic Director Dominic Dromgoole with Jamie Parker in the title role. Much loved for his performance as Prince Hal two years ago, Parker returns to the character, once known for his wild and youthful antics with Falstaff, to chart his journey into a mature man embarking on a successful conquest of France. 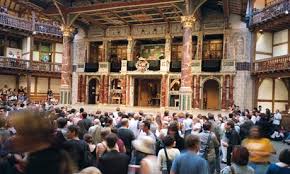 Completing the in-house 2012 theatre season will be a new production of The Taming of the Shrew, Shakespeare’s most outrageous comedy, directed by Toby Frow. Following the Globe’s success at the recent Theatre Awards UK, at which it picked up the Renee Stepham Award for Best Presentation of Touring Theatre, the Globe is pleased to be touring four productions in 2012.

Anne Boleyn, which achieved 98% of full capacity attendance at the Globe this summer and received the 2011 Whatsonstage Award for Best New Play, will visit Cambridge, Birmingham, Blackpool, Brighton, Truro, Darlington, Malvern, Bath and Edinburgh between March and May 2012, in partnership with English Touring Theatre and supported by Arts Council England. Before its arrival at the Globe, Dominic Dromgoole’s production of Henry V will visit Liverpool, Cardiff, Oxford, Bath, Cambridge and Salisbury between April and June 2012. The Globe will continue its popular tradition of small-scale touring with revivals of its 2011 productions of Hamlet and As You Like It.

These two tours, which operate without the assistance of public subsidy, will visit beautiful open-air settings across the UK and Europe throughout the summer. 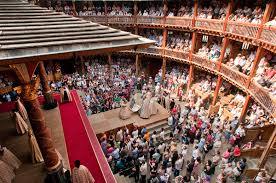 This announcement follows the unprecedented success of the 2011 The Word is God season, which achieved 89% of full capacity across the season. Four of the productions from the previous year’s Kings and Rogues season appeared in cinemas worldwide, and three of the 2011 productions – Much Ado About Nothing, All’s Well That Ends Well and Doctor Faustus – were filmed, to continue this commitment to distribute through cinemas, television, DVD and online in future. During 2011, over 143,700 £5 groundling tickets were bought – a significant achievement for a company that still operates without public subsidy.

The 2012 theatre season follows immediately after Globe to Globe, a multi-lingual Shakespeare project that forms part of the World Shakespeare Festival for the London 2012 Festival. Over the course of six weeks, beginning on Shakespeare’s birthday, 23 April 2012, the Globe will present all 37 of Shakespeare’s plays, each in a different language, each by a different company from around the world. Booking for Globe to Globe is now open. For tickets, telephone 020 7401 9919 or log-on to www.shakespearesglobe.com.