Singer-songwriter Joanna Eden is looking forward to her performance at the Elgar Room after months locked up in the studio this is a continuation of a busy run of performances promoting her new album. Eden has been described by Time Out as “the UK’s answer to Diana Krall & Norah Jones” and by Jamie Cullum, whom she has supported, as “brilliant”! Joanna and her Quartet will play some superb critically acclaimed originals blended seamlessly with jazz soul & Latin classics.

Now one of the UK’s best exports onto the international swing scene and London’s top vintage band, the Shirt Tail Stompers have quickly made a name for themselves after making their debut in April 2010. Being one of the only young bands in the UK to really appreciate the art of swing and knowing it’s place in history, they are heavily influenced by Fats Waller, Fletcher Henderson, Wingy Manone and many others, with even references to the British swing scene of the 30s with Nat Gonella.

They have been playing festivals and shows in Sweden, Belgium, Hungary, the Netherlands, Ireland, Germany, Italy and throughout the UK with rave reviews, even collaborating with musicians from New York for the London Swing Festival. Expect singing, dancing and a lot of fun! “Righteously retro, but youthful, trad jazzers dive back to prohibition-era speakeasies for inspiration, playing clarinet/trumpet/guitar-led Dixieland hits from Waller, Ellington and Basie” Time Out The group will present a repertoire based on the 20s – 40s Swing Jazz era with a heavy swing feel, featuring music by composers including Clarence Williams, Louis Armstrong and Wingy Manone. 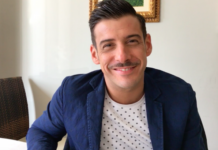