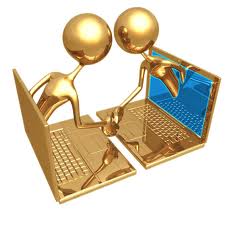 Its not the governments role to create jobs, thats the role of small business and entrepreneurs. Government needs to get out of the way and let us do what we do best, Caan said. Caan supports the Federation of Small Businesses and the European Small Business Alliances recently tabled declaration in the European Parliament urging a halt to excessive rules and regulations affecting small firms.

Chancellor Osborne has declared that red tape reform has saved businesses £3.3 billion but think about that.

That means those rules and regulations, prior to their repeal, were costing businesses £3.3 billion. I could put a lot of people to work with £3.3 billion, said Caan, CEO of the venture capital and investment firm Hamilton Bradshaw.

Caan also noted a British Chambers of Commerce survey where 1,200 small and medium-sized businesses said they felt choked by government regulations. He said the BCC has estimated allowing employees to request flexible working hours will cost businesses £4.8 million a year.

The working time directive, which gives employees extra time off if they become ill on holiday, could cost small businesses an estimated £102.9 million a year, Caan added. Caan said experts have estimated EU regulations alone have drained £124 billion from the UK economy since 1998. Caans latest book, Start Your Business In 7 Days (www.penguin.co.uk/nf/Book/BookDisplay/0,,9780670920648.html) literally is flying off the shelves of UK bookstores following its March 1 release. [photo chron.com]

Caan said he took the time to write a book that takes people through the entrepreneurs journey and helps them understand the difference between a hobby, a lifestyle and a real business. Reviewer John Vincent, co-founder of Leon Management Today, said of the book, Caan shows a real desire to help the reader.

His insights have substance. I like the balance between theory, deep practicality and psychology.