Angelina Jolie, was seen wearing a massive diamond ring on her left hand, and sparking rumours that a wedding was on the horizon. “Yes, it’s confirmed. It is a promise for the future, and their kids are very happy.

There’s no date set at this time. Brad Pitt designed the ring,” the representative, Cynthia Pett-Dante, told CNN. The couple has six children, including three biological children together.

Pitt adopted two of Jolie’s children whom she had earlier adopted from Cambodia and Ethiopia, and they together adopted a boy from Vietnam. [photo en.wikipedia.org] 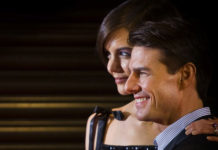 Tom Cruise and Katie Holmes are to divorce

Brad Pitt the revelations of the Hollywood star 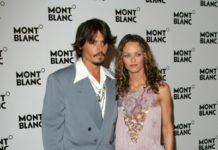