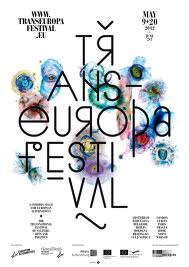 May is approaching, and May is the month of Transeuropa Festival. While Europe will be subject to tensions and attempts at weakening its social and civil unity, the third edition of the Transeuropa Festival will take place, proposing new visions for the emergence of an alternative Europe.

Transeuropa Festival is a unique transnational festival of culture, arts and politics, taking place in 14 cities all over Europe from the 9th to the 20th May (Amsterdam, Barcelona, Belgrade, Berlin, Bologna, Bratislava, Cluj-Napoca, London, Lublin, Paris, Prague, Rome, Sofia, Warsaw), including an outreach event in Cardiff and with a closing forum in Rome on the 2nd and 3rd of June.

Transeuropa Festival aims at challenging the risks of a cultural crisis, a crisis in the imagination, where citizens are blocked in an oppressive, divided, exclusive present. Through its action, the Festival shows that alternative models are possible, both in the political and cultural realms. Transeuropa Festival promotes political and cultural exchange across Europe and collective action for alternative visions on the economic crisis, migrations and democratic participation.

At the core of the festival are two weeks of debates, performances, art exhibitions and installations, films, living libraries and simultaneous activities, prepared throughout the year by European Alternatives and the Transeuropa Network.

The Festival will be closed by a European Forum taking place in Rome at Teatro Valle on the 2nd and 3rd June, a moment of debate and action where representatives from all the Festival cities will converge, bringing together the results of the Festival.

In London the main festival activities will take place from the 16th to the 20th of May.

-16th of May: The Hidden Tales of London at Dans Le Noir Restaurant. A dinner in the dark illuminated by theatrical monologues curated by Ice and Fire Theatre Company;

-18th of May: Seeds of Democracy: Europe and the Balkans at Goldsmiths University with Vanja Calovic.

-19th of May: The UK in Europe’s economy and Europe’s economy in the world at LSE with David and Judith Marquand, Mary Kaldor, Cui Hongjiang, Giandomenico Majone, Sony Kapoor and many others. With the support of the European Commission in the UK.

-20th of May: Precariousness: from a state of mind to a social condition at UCL with Guy Standing, Shiv Malik, Letizia Gambini, Susan Nash and Viola Caon.

The full programme of the festival in London is available on www.transeuropafestival.eu/programme/cities/London