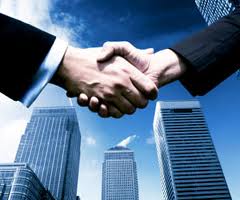 Upon arrival in the United Kingdom many young foreigners feel lost within the complexities of the administrative systems, which might be related to Immigration, Study, Employment and other related matters.

As far as employment is concerned all foreigners entering the United Kingdom, should take into account one thing which is a “Must”.

In fact, the first steps to take, very much depend on the citizenship of the person who wants to establish himself in the UK.

We can sum up the status basically in three categories:

“Extra European Union citizens”: Rest of the World As

far as the first category is concerned, it is correct to say that European Union citizens have the right to enter and to establish themselves freely in the UK and they face no restrictions when applying for a job. Once they have established themselves, they can start looking for a job. In Order to do so, the first step to be undertaken is to apply for a National Insurance Number.

The latter is a “legal must” in order to work in the UK lawfully with full taxpayer status. Whilst establishing oneself in the UK might be easy for some citizens, sometimes finding a lawful job is far from easy.

As a matter of fact, to avoid disappointment and/or deception, they must ensure that their employer is genuine.

The British system offers many checks, in order to verify the authenticity of the employer: Companies house, Regulation authorities, etc… A first recommendation is not to trust some internet jobs offers, especially when these ask for money in order to recruit: These are called “Advance fee frauds”.

They are only looking forward to benefit from your temporary economic vulnerability, in order to defraud you. Furthermore, make sure you have a copy of your contract where all your duties and rights are clear, understandable and conform to the European Standards: work time table, breaks, holidays, sickness leave, … Please note that, in spite of being a full member of the European Union, citizens from Bulgaria and Romania have a special Status: while they have the right to enter and to live in the UK, they do not have the right to work, unless they apply for special permission to do so.

The procedures to follow in order to obtain the said permission can be found on the UK Border Agency website.

This is the only Authority responsible for immigration; visit the web site: www.ukba.homeoffice.gov.uk

As far as “Extra European Union Citizens” are concerned; being nationals of North America, they have the right to enter, to live and to work in the UK.

They have a special status that is clearly outlined on the UK Border Agency web site. Finally the third category, which is made up of “Extra European citizens”, who are nationals of the rest of the world, except from North America, need to apply for a work Visa before landing and/or mooring at any UK Border.

To apply, we recommend carefully consulting the UK Border Agency instructions on the above mentioned web site. To check Employment issues we would recommend checking the following web site: www.direct.gov.uk.

There, workers, employees, employers and professionals can find full information about their status, that’s to say their rights, duties, health care, insurance, etc… Abiding by the Law is the first step any citizen must think about.

Unfortunately this world is a “small world” and London is nothing but a micro reality of a phenomenon, which is spread all over the world. Irregular jobs are everywhere and sometimes both employee and employer may decide upon a “gentleman’s agreement”, the terms of which state tacitly as follows: both parties –the employer and the employee- will easily manage their professional relationship: both of them will be able to dismiss each other’s offer: the employer because of the depressed economic circumstances; the employee because her/his own private agenda.

This temporary “fix”, may end up to be harmful for each party, especially when the professional relationship becomes permanent Whilst the employer might lose a loyal and trustworthy employee; the employee might be losing years of Ni contributions, the right to paid leave and holidays, but above all this the right to paid sickness leave.

The consequences could even be worse because the parties might be caught. They could face criminal charges and will need to pay a large “fine” to the government.

Quite often citizens coming from different countries other than North America need to apply for a work Visa to enter in UK.

This work visa normally entitles them to obtain a work permit lawfully. Unfortunately (or may be fortunately, it depends on one’s point of view….!) many “Extra European Union Citizens” manage to cross the frontiers “unlawfully” and as such, quite often, they are compelled to work illegally.

It goes without saying that such illegal employment very often results in “exploitation” for the employees compared to “hyper” financial benefits for the employer.

This issue is of the utmost importance and it might differ from one citizen to another. Whilst a European Union citizen, with whichever status, does not incur into the risk of facing problems: an “Extra European Union citizen” coming from countries other than Canada or the United States, will firstly be liable because of the breach of the employment rules. Secondly he/she will have committed a “criminal offence” for having crossed the UK borders unlawfully.

Thirdly he/she will have to endure the ignominy of being isolated in a removal centre, awaiting the first plane due to take him/her back to his/her country of origin.

Whilst, on the one hand, according to the Roman Empire, Roma used to be “Caput Mundi”, nowadays we would say that London is a 21st century “opportunity- caput mundi”.

In this City there exists a liberal life style, which could be dangerous for both Parties: employees, employers and/or professionals. There are as many opportunities as traps.

This is why attention to detail and great care is of the highest necessity, so as to protect one’s own rights and so as to carry out one’s duties in a civic and lawful manner.