Team GB finished behind the first-placed United States and China in second, but they could not be caught by fourth-placed Russia. GB finished with 65 medals, with 29 gold, 17 silver and 19 bronze.

It surpassed their total of 47 at the 2008 Beijing Games and the target of at least 48 set by UK Sport. Four years ago in Beijing, the US, who had previously come first in each Olympics since they boycotted the 1980 Games, were knocked off the top of the overall podium. But they have restored their position as the leading medal-winning nation with 45 golds and 103 medals in total.

Prime Minister David Cameron paid tribute to the performance of the British team, saying they had helped lift the entire nation. Play media Olympics: The funny “It has been an extraordinary few weeks for our country,” the Prime Minister told BBC Olympic Breakfast. “It’s lifted the whole country, brought people together and it’s been a fantastic performance. I’m very proud of what we’ve done.

“When I started looking at this I was impressed with coming fourth in Beijing.

Think about that for a minute. “We’re a country of 60 million people and we are up against Russia, Germany, China, America and India. Coming fourth in the world was, I thought, pretty amazing and I thought holding on to fourth place would be a huge challenge.

Yet this year we’ve produced incredible results.UK Sport, the body that distributes money to Olympic and Paralympic sports, will receive £125m per year.

How the funding will be allocated between different sports will be decided by UK Sport.Money from the Exchequer, added to funds from the National Lottery, had previously only been guaranteed until the end of 2014.

The level of funding from the National Lottery will be an estimated £87m per year, with around £40m coming from the Government. “Exchequer funding is now being committed to 2016-17, to give athletes financial certainty in the crucial final two years in the run up to Rio 2016,” said a Downing Street statement.

The statement added that the move is “designed to reward the success of the UK’s outstanding elite sport system.” 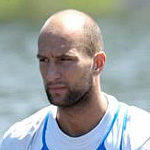 Chris Hoy celebrates winning gold in the men’s sprint in the Track World Cup at the Olympic Velodrome.