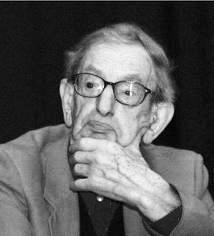 One of Britain’s leading historians, and significant Marxist intellectuals of the 20th century, Eric Hobsbawm, died at hospital in London some days ago. He was 95 and the cause was pneumonia, said his daughter, Julia Hobsbawm.

His family said: “He will be greatly missed not only by his wife of fifty years, Marlene, and his three children, seven grandchildren and great grandchild, but also by his many thousands of readers and students around the world.”

In fact he was one of Britain’s most prominent historians, who focused on labor movements in the 19th century and what he called the “pre-political” resistance of bandits, millenarians and urban rioters in early capitalist societies.

Eric John Hobsbawm was born in 1917 in Alexandria, Egypt, to Leopold Percy Hobsbaum , a British merchant from the East End of London who was of Polish Jewish descent, and Nelly Grün , who was from a middle-class Austrian Jewish family background.

A clerical error at birth altered his surname from Hobsbaum to Hobsbawm. He was schooled in Vienna in the interwar period before leaving for Berlin in 1931, after the death of both parents.

During the Weimar Republic he became a passionate Communist and a true believer in the Bolshevik Revolution. In 1933 he fled to London when Hitler came to power, where he was forbidden by his uncle to join either the Communist Party or the Labour Party, so he concentrated on his studies at St. Marylebone Grammar School in London and then he attended King’s College, Cambridge, where he was elected to the Cambridge Apostles.

Graduated from King’s College with highest honors in 1939 he received a doctorate (PhD) in History from Cambridge University for his dissertation on the Fabian Society.

During World War II, he served in the Royal Engineers and the Royal Army Educational Corps and in 1943 he married his first wife Muriel Seaman, in fact that marriage ended in divorce in 1950 following by the marriage with Marlene Schwarz in 1962.

He began teaching history at Birkbeck College in the University of London in 1947, then He became Reader in 1959, Professor between 1970–82 and an Emeritus Professor of History 1982. Eric Hobsbawm helped found the academic journal Past & Present in 1952 and during this period he also wrote jazz criticism for The New Statesman and Nation under the pseudonym Francis Newton.

He retired in 1982 but stayed as Visiting Professor at The New School for Social Research in Manhattan between 1984–97.

In 1998, the Blair government made him a Companion of Honour and he was made a fellow of the Royal Society of Literature in 2006. His masterwork remains his incisive and often eloquent survey of the period he referred to as “the long 19th century,” which he analyzed in three volumes:

“The Age of Revolution: 1789-1848,” “The Age of Capital: 1848-1875” and “The Age of Empire: 1874-1914.” His best-known work was 1994’s The Age of Extremes – about 20th century communism, capitalism and nationalism – which was published in the United States with the subtitle “A History of the World, 1914-1991” and it has been translated into 40 languages and has received numerous international prizes. This is also the volume which introduced the influential idea of “invented traditions”. Among his final publications were Globalisation, Democracy and Terrorism (2007), On Empire (2008) and his final book, How To Change The World, which was printed in 2011. Fractured Times,” a collection of essays on 20th-century culture and society, is scheduled to be published by Little, Brown in Britain in March 2013.

The BBC reported that Eric Hobsbawm said he had lived: “through almost all of the most extraordinary and terrible century in human history” and he would like to be remembered as: “somebody who not only kept the flag flying, but who showed that by waving it you can actually achieve something, if only good and readable books”.

Eric Hobsbawm during his life became a friend of the Marxist historian Ralph Milliband, father of the current leader of the British Labour Party Ed Milliband. The Labour leader said about Hobsbawm : “he was an extraordinary historian, a man passionate about his politics and a great friend of my family. His historical works brought hundreds of years of British history to hundreds of thousands of people. He brought history out of the ivory tower and into people’s lives. But he was not simply an academic, he cared deeply about the political direction of the country. Indeed, he was one of the first people to recognise the challenges to Labour in the late 1970s and 1980s from the changing nature of our society.” 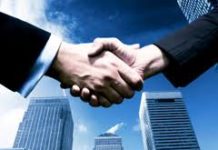 Rules for working in London