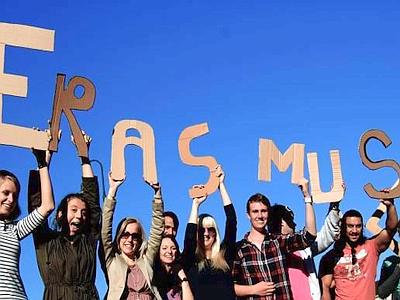 This weekend Italy will choose its Prime Minister in the most important general election of the last few decades. The next Government will deal with fundamental issues like the unemployment’s increase and the Eurozone crisis. But Italian legislation deprives thousands of people of the right to express their preference.

All the students and workers who live provisionally abroad without being registered at the Italian Abroad Register (AIRE), can’t participate in the forthcoming elections. The law number 223 of the 18/12/2012 authorizes to vote only who moved temporarily from Italy for “reason of services” or “international mission”.

All the others have to spend a minimum of 12 months abroad before getting the permission from the AIRE, according to the Italian laws.
The protest has risen from the Erasmus students, whose study plans in a foreign universities always last less than one year. This means they are not allowed to participate in the ballot, unless the go back to Italy.

The Annual Erasmus Report, in 2011 counted around 20 thousands registered at the programme, and in 2012 the most accurate data increase the number up to 25 thousand, widespread around the world.
But considering all the Italians who moved out of national borders for reason not linked to the Erasmus, the number of people excluded by the chance to vote grows up to around 50 thousands.

The majority of them are young and this is why the most powerful complaints are spreading over the web, especially through Facebook.

Tiziana Bacchilega,22, is an Italian student of the School of Oriental and African Studies (SOAS) in London. She has been able to get the permission to set up into her university a symbolic poll booth, where all the Italians excluded by the law n223 can choose their candidate.

“It’s unbelievable how the Italian Government doesn’t care about this situation,” Tiziana said and added:“They are depriving thousands of people of the fundamental right to vote. We are in 2013 and I can’t believe ministers didn’t find a way to allow abroad students to express their preference.

“The rest Europe can vote simply going to the embassy. Some of them, like France and Austria, permit even voting by correspondence. Italy once again proves to be retarded and not up-to-date”.

Alessandra Porfido, 21, is a member of the Facebook group Italian Students Who Can’t Vote for The Next Elections, which gained the license to use the digital platform EIGO from the Italian farm ID Technology. The platform allows the users to pick the candidate, permitting in this way to take part in the symbolic poll.

Alessandra explained how important is the co-operation with all the crowd of the excluded: “We were able to find this network and now we are trying to spread it as much as possible. We need the help of anyone who wants to protest against this lack of care of our Government”.

“This situation is the epitome of the of the priorities of Italian Government. It never put the young at the top of the agenda. Italy should take measures to help the students, because we are the future and now we are paying the bad choice that older generations made,” Monica Guerrasio, a student at the London School of Journalism, said.

Emanuele Norsa is an Italian journalist who is working for a trade newspaper in London. He wishes the next Government will do something to solve this situation: “What will happen in the elections of the next years. Will we need to face again with this problem? It would be even worse because the number of Italians who decide to move is increasing.

“The fact that many people, especially young, decide to leave Italy is not a bad news because the modern world imposes a strong cultural exchange. What we all should hope is that the next Government will encourage them to come back once they would finish their studies or job.”