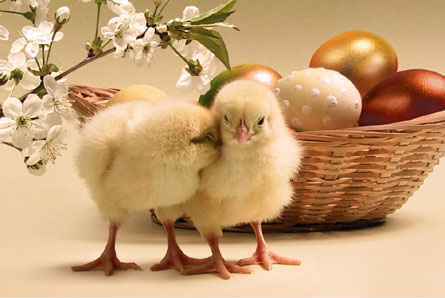 Easter is a special time in Italy, a joyous spring event that brings together religious traditions and culinary delights, an occasion to celebrate with family or take advantage of the warm spring weather to travel and explore something new.

Being the centre of Christianity a lot of emphasis is placed on the religious aspects of Easter. However the visitors to Italy at this time can enjoy delicious Easter eggs of all shapes and sizes (many artisan made), Easter Colomba (dove) cake, seasonal dishes such as young lamb and artichokes.

Here are some of the most famous events occurring at Easter time:

THE EXPLOSION OF THE CART
Florence – Easter Sunday –31 March 2013

Tradition says that during the first Crusade of 1096 the Florentine knight Pazzo de ‘Pazzi was the first man who planted the banner of the Cross on battlements of Jerusalem and as a gift he received some fragments of the Holy Sepulchre. Upon his return to Florence the stones were used to start the Sacred Fire of Holy Saturday, and were paraded through the city as homage to it in a richly decorated chariot. Nowadays, on Easter Sunday a large wagon is pulled by white oxen in a procession in the streets of the centre of Florence to the front of the cathedral.

Alghero celebrates Holy Week according to the rites of an ancient Spanish tradition dating back to 1501. The celebrations will open on Tuesday with the “Dimas Sant ‘with the procession of Sorrowful Mysteries, on Thursday “Dijous Sant” the Via Crucis is held, on Friday “Divendres Sant” there is the rite of “desclavamant “, the taking down of the body of Christ from the cross and the deposition. The “Dissabte Sant “, Saturday is the holy day of the vigil until Easter Sunday, when the Risen Christ will meet the Virgin among doves and fireworks.

The procession on Good Friday, has taken a typically theatrical role with performances drawing inspiration from medieval times. The “Sacred Representation “of Valmontone refers to this style and is over a century old. The actors recite texts based on the Holy Scriptures. The story starts from the New Testament, continues with the reconstruction of the Nativity and follows the events of Christ’s life. The Via Crucis and deposition from the Cross concludes the procession.

Sulmona celebrate Good Friday with a procession that starts in the evening at the Baroque Church of Annunziata and returns late at night at the Church of the Trinity. On Easter Sunday, the procession of the Confrati (friars) takes place, starting from the medieval Church of Santa Maria della Tomba, this is to represent in different acts the meeting of the Virgin Mary with the risen Christ. A flight of doves closes the ceremony and then the Easter feast begins. From the flight of doves people can predict how good the harvest season will be for the city.

THE RITES OF PASSION IN BARILE (BASILICATA)
Barile – Potenza – Holy Friday – 29 March 2013
In Barile, the Via Crucis is interpreted with great intensity by its actors. Along the route of the Way of the Cross there are several stages built to represent the various episodes of the Passion of Christ. Alongside the authentic re-constructions of the Gospel stories, there suddenly also appear fantasy figures related to our ancestral fears. The “Negro” representing a stranger, the “Gypsy” character a dark symbol of wealth that hides evil and danger are very important figures of popular collective atonement.

RITES AND PROCESSION OF THE SICILIAN EASTER TRADITION

Trapani – “The Procession of the Mysteries” – Holy Friday – 29 March 2013
The Procession of the Mysteries is held in Trapani from 2pm of Good Friday and continues for almost twenty-four hours until the Saturday. It is the longest religious event in Italy and one of the oldest. This event consists of the transport of 20 groups of statues (Sacred Mysteries) representing the various stages of the Via Crucis through the city. The statues were made between the 17th and 18th century.

Modica – Ragusa – “MARONNE vasa vasa” – Easter Sunday – 31 March 2013
The Easter morning in Modica, a spectacular procession takes place with two parades that walk along the streets of Ragusa with statues of Christ and the Virgin Mary.

On Easter Sunday in Adrano a representation called “The Devil” takes place every year. This is a folklore event were Good and Evil are represented; the Devils are led by Lucifer on one side and Paradise on the other. This representation is focused on the triumph of Good and of Light in the world.

“The Abballu de daivuli” is a representation of horrendous masks of zinc dressed with red robes, the devils, which run thourgh the village on Easter Sunday trying to trap as many souls as possible until the afternoon, when after the meeting of the Virgin Mary with the Risen Christ the devils will be harnessed and carried by angels to the Virgin Mary.