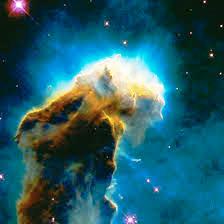 Scottish scientists will be at the heart of a completely new type of space mission that will detect the ripples in space time caused by some of the most violent events in the Universe.

The Science Programme Committee of the European Space Agency (ESA) announced today that one of their next two Large (L-class) missions will be to probe the ‘Gravitational Universe’ by establishing a gravitational wave observatory in space. This study will aim to detect gravitational waves and open up hidden chapters in the history of the Universe by listening to the waves made by the earliest black holes, and probably by the Big Bang itself.

The proposed mission, known as the evolved Laser Interferometry Space Antenna (eLISA), is planned to launch in 2034. It will build upon technologies already developed by scientists at the University of Glasgow’s Institute for Gravitational Research (IGR) for the ESA’s LISA Pathfinder probe. LISA Pathfinder, which is due for launch in 2015, will demonstrate key eLISA technologies in space, including the ultra-sensitive optical measurement system built at the University of Glasgow.

Dr Harry Ward, who leads the University of Glasgow LPF and eLISA work, said: “For the UK, the decision is great news. The very significant UK Space Agency investment in developing the LISA Pathfinder payload will now bear fruit and with eLISA we can look forward to a rich scientific output from what promises to be one of the most important astronomical observatories of our time.

“This is a once in a lifetime opportunity to be at the heart of a mission that will yield completely new insights into the nature and origin of our Universe. It’s testament to the excellence of the work going on in Scotland today that a considerable part of the technology that will allow us to answer the most fundamental of questions will be developed by the University of Glasgow.”

Alongside investigating the origins of the Universe, observation of gravitational waves will provide powerful insight into the fundamentals of gravity, and into Einstein’s theory that predicted the waves in 1916. By observing how waves from early black holes are stretched out as they move toward us through the expanding Universe, the observatory will even shed light on the mystery of dark energy.

Between 2014 and 2020, eLISA technology will be optimized, followed by the final mission selection and commitment of international partners. In 2024 the industrial implementation will begin, with the payload supplied by a European consortium which also provides the flight hardware for LISA Pathfinder. The eLISA launch is planned for 2034.

The Gravitational Universe
The last century has seen enormous progress in our understanding of the Universe. We know the life cycles of stars, the structure of galaxies, the remnants of the big bang, and have a general understanding of how the Universe evolved. We have come remarkably far using electromagnetic radiation as our tool for observing the Universe. However, gravity is the engine behind many of the processes in the Universe, and much of its action is dark – it emits no electromagnetic radiation at all. Opening a gravitational window on the Universe will let us go further than any alternative. Gravity has its own messenger: Gravitational waves, ripples in the fabric of space-time. They travel essentially undisturbed and let us peer deep into the formation of the first seed black holes, exploring redshifts as large as z ~ 20, prior to the epoch of cosmic re-ionisation. Exquisite and unprecedented measurements of black hole masses and spins will make it possible to trace the history of black holes across all stages of galaxy evolution, and at the same time constrain any deviation from the Kerr metric of General Relativity. eLISA will be the first ever mission to study the entire Universe with gravitational waves. eLISA is an all-sky monitor and will offer a wide view of a dynamic cosmos using gravitational waves as new and unique messengers to unveil The Gravitational Universe. It provides the closest ever view of the early processes at TeV energies, has guaranteed sources in the form of verification binaries in the Milky Way, and can probe the entire Universe, from its smallest scales around singularities and black holes, all the way to cosmological dimensions.

The selection process
ESA’s next large missions selection process began in March 2013 with a Call for White Papers. More than 30 White Papers covering a broad range of topics in space science were submitted. 22 projects were presented in September 2013 to ESA’s Senior Survey Committee (SSC) and the broad scientific community. Following this the SSC chaired by Dr. Catherine Cesarsky advised ESA´s Director of Science and Robotic Exploration, Dr. Alvaro Gimenez, on the selection of the science themes for L2 and L3. Concluding this process the science themes for the L2 and L3 missions were selected by ESA’s Science Programme Committee (SPC).