Hamminkeln, 09.07.2014. The most important order of the still young company history of
Jupiduu nearly went unnoticed, as the founder and managing director Ken Buschmann saw
nothing unusual with the order they received via the Amazon UK account. “Thank goodness
Irina, our intern, became a little bit suspicious when she was processing the order.” says Ken
Buschmann. In particular, Irina connected the delivery address Kensington Gardens to the
royal residence Kensington Palace, which is known to be the family residence of Kate, William
and little George.

“I always thought they lived in Buckingham Palace” the founder of the
company, Ken Buschmann admits, a little unsure but also amused. After further research in
various tabloids, the identity of the person placing the order became clear and there were
more indications that the Jupiduu slide is destined for the little heir to the throne, as he is the
only baby in the Palace at the moment. The order was placed by his nanny, who either placed
the order of her own accord or on behalf of the parents Kate and William, as a birthday gift
for George, who celebrates his first birthday on 22nd of July.

“We are delighted to honour this order. We are sure that George will have lots of fun with his
blue slide, the “Blue Whale”, and of course we will go out of our way with the royal gift
wrapping. We also want to enclose a thank you letter asking for a photo of little George with
his new slide,” says Ken Buschmann. 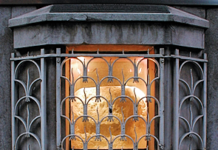 Word on Water: a mirage-bookstore on the Gran Union Canal

A picture of jack the ripper

The Giants of Easter Island

Light and darkness in the Middle Age 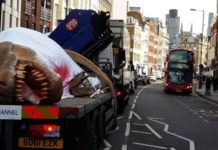