There are 200.000 Italians in London and the number is increasing year after year. Actually there is a significant statistical proxy about the university: before the 2005 the professor and researcher’s number was 5500, but after this date 11500 Italians work in this field in London. This brain drain is only a consequence of the world and Italian crisis or a rebellion to the Italian system? The emigration rate from Italy to London is raising, maybe Italian people find in London a place in which they can express and satisfy themselves.

London is an “happy island” where a lot of lucky phenomenons take place: opportunities, welfare, tax, hope, melting pot and so on. This book go through every wave of Italian immigration in London: from the penny ice and trattoria , to the renowned restaurant, from the poverty to the wealthy of the white collar City. An interesting historical and sociological excursus which highlights not only the strengths and opportunities but also the weaknesses and threats that we have passed and that we have to face and get over living here .

Do we need more courage to stay in Italy or the move in another nation?
The event was also attended by representatives of the Apulian Gal (Local Action Groups), which consists of public and private entities in order to promote local development of a rural area. The Gals process the Local Action Plan (PAL) and are run by financial contributions from the European Union and by the European Agricultural Guidance and Guarantee Fund.

Alberto Casoria, on behalf of leading GAL, explained that “The Apulians represent a large proportion of migrants in the world. But, the excellences of Puglia, in the field of agri-food products, also migrate. In fact, the export of the region Puglia is increasing of 18% compared to other Italian regions, although there is the problem of the crisis in the steel industry (ILVA). Local action groups have the goal of creating a synergy between the emigrants and the territories of their origin. It often happens that the people of Puglia are deeply rooted in their traditions and are not aware of the changes that happen in our regions”.

So that, Apulian region, represented by dr. Genchi, has recently started out a new project, entitled “Fuga Attraction”. The project consists in the selection of Apulian entrepreneurs operating in the world to let them come back Puglia to show them how this reality has changed. They will find in their homeland new investment opportunities. 10-15 entrepreneurs have already enthusiastically joined. For now, the targets are Europe and North America, but it is not excluded the possibility that the project could be extended. The project will be available on Web and it will engage researchers, schools and enterprises. It will be presented in September in Bari, in the occasion of the 78th edition of the “Fiera del Levante”. (13th -21st September).

Later, other representatives of Gal Apulia took the floor: Alessia Ferreri, on behalf of GAL Serre Salentine, talked about the emigration in Apulia region, that is the first region in Italy as far as emigration in concerned. The first emigration was in the early 900, when Apulians went to Argentina and North Europe. The second emigration was in the post war period and Australia became the most famous goal. Nowadays, lots of young people are leaving for North Italy, where there are many industries and, so many opportunities for working.
Rocco Malatesta, representative of GAL Ionico (from Crispiano to Grottaglie, in province of Taranto) and Pasquale Redavid, representative of GAL sud-est barese, reminded of the possibilities for the association “Apulians in the world” to become a bridge between emigrants and homeland, in order to spread the knowledge of emigration.
Elena Gentile, member of Euro Parliament, concluded the meeting, remembering the great value of the emigrants, who, going abroad, just apparently deplete Italy.

The regional law n. 23 11/12/2000 recognizes “in the Apulians in the world, in their families, in their communities and in the descendants it’s recognized an essential component of the regional society and a resource to activate in order to strengthen ties with the countries that host them and give to such relations a fundamental component to support and develop.”
So that, Italians, and particularly Apulians, in the world represent the value, from which we can raise again. 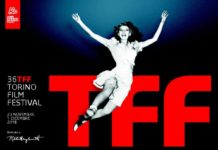