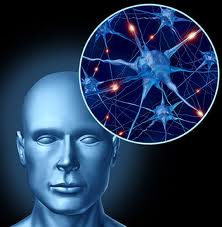 Scienze Museum London –  Have you ever thought that moving is caused by a electrical purse? If you visit the “Mind Maps: story from psychology” exhibition at Science Museum within 26th October, you will satisfy your curiosity about this field. Here in fact you can find a lot of tools and prompters which explains experiments and history.

Let’s start from the doctor who consider the electricity power on the human body at first: Luigi Galvani (1737-98), one of the most important Italian physician and philosopher. He was convinced that the neves are capable to control every movements and his suspect was confirmed during the dissection of a frog in 1790. After about fifty years, in 1860, Emil Du Bois Reymond, a German physician, invented a frog pistol in order to demonstrate the Galvani’s discoveries concretely.

The last but not the least experiment consists in the combination of voices and objects. This treatment was used with patients who listened weird voices in their minds and, by the choice of a particular object, the doctor was able to understand the trauma nature.