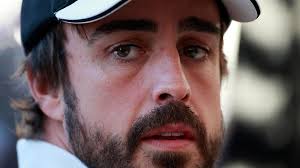 With less than a fortnight to go before the start of the new F1 season, double world champion Fernando Alonso will reveal the new McLaren-Honda car to the world’s media attending the Geneva Motor Show.

On the eve of the show the MP4-30 will be the star of a glittering line-up by Honda that celebrates the Japanese car giant’s return to high-performance motoring.

At a star studded launch party Alonso – the guest of honour at the event – will unveil the MP4-30, which he and teammate Jensen Button will be hoping drives them to success at this year’s championship.

Alonso’s endorsement is a celebration of Honda’s return to F1 racing, after a seven year break from the world’s premier racing championship.

The new campaign gets underway in Australia on March 15 and McLaren will arrive at the season opener powered by Honda for the first time since 1992.

In 1988, the partnership created arguably the single most successful Formula 1 car of all time: the all-conquering McLaren-Honda MP4/4, which was driven to victory by Ayrton Senna and Alain Prost in an amazing 15 of the season’s 16 grands prix.

Between 1988 and 1992, McLaren-Honda won eight world championships and 44 grands prix, as well as claiming 53 pole positions and set 30 fastest laps, all in just 80 grands prix.

Also on display will be the new Honda NSX mid-engined supercar re-launched 25 years after the original ground breaking car was first launched and back in production for the first time in 10 years. The NSX is powered by a hybrid drivetrain comprising a twin-turbo V6, a nine-speed twin-clutch gearbox, an electric motor between engine and gearbox, and an additional brace of motors driving each front wheel. Total power output is estimated at more than 550bhp

And rounding off the evening will be the global premiere of Honda’s hot hatch the Civic Type R. Honda’s ‘racing car for the road’ which will have a top speed of 167mph.