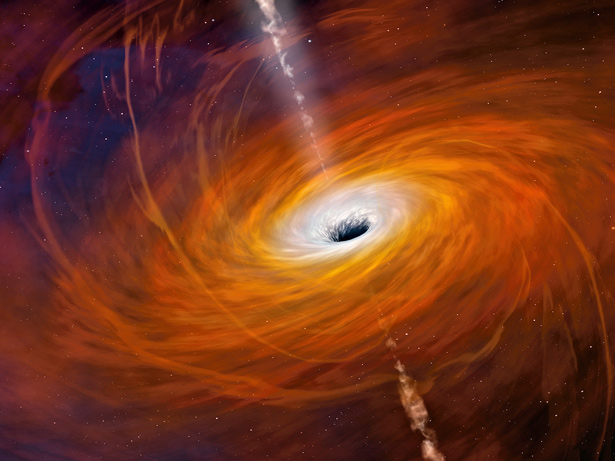 Physicist explains black hole that should not exist

In his weekly blog, Science Seen, Australian-Canadian physicist and author of Time One: Discover How the Universe Began Colin Gillespie says a newly discovered monster black hole can be explained even though current theories of black-hole formation can’t account for its existence.

The problem is the newfound black hole was already bigger than ten billion Suns when the first stars and galaxies had just come into being. Gillespie says that, contrary to conventional theory, big black holes predate the stars and galaxies. He says a new kind of cosmology makes this possible.

Current theories portray an analog universe. That is, their space and time are said to be continuous. My recent book Time One explores a quantum universe (a concept that goes back at least as far as Albert Einstein), one that begins with a single Planck-sized quantum (or fleck) of space that starts to replicate with the first tock of a Planck-time-quantum clock. This quantum origin helps to explain many observations that seemed inexplicable.

Analog theories of space and time fail to explain how such a huge black hole could grow in time for us to see it 12.8 billion years ago. But Gillespie says its presence at that time is easily explained in terms of Time One’s quantum cosmology. You would expect to see big black holes right after the beginning of a quantum universe.

note: it is new discover? Or a new business  discorver for to sell the book?…. the answer is in your reading….