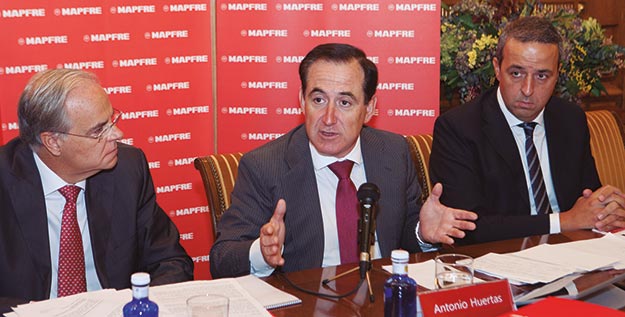 AFTER OBTAINING AUTHORIZATION FROM REGULATORY BODIES The company reinforces its efforts to grow in Europe and expand its online automobile insurance business With this deal, MAPFRE gains 1.6 million new clients and 709 million euros in premiums in two major .

European markets MAPFRE has closed the acquisition of Direct Line in Italy and Germany after receiving due authorization from the domestic regulatory bodies and the European Union authorities.

This authorization allows MAPFRE to launch the integration process for both companies. The deal is part of the company’s strong focus on strengthening its presence in Europe as well as multichannel and online direct insurance.

Based on the latest P&L (2014), in total the businesses in Italy and Germany will provide MAPFRE with 709 million euros in premiums, 1.6 million new clients and 26 million in pre-tax earnings. The price for the transaction is 550 million euros.

Direct Line Italy is a leading provider of automobile direct insurance in the Italian market with a market share of approximately 24 percent in this channel, 458 million euros in annual premiums and one million clients.

Direct Line Germany is the third largest provider of automobile direct insurance in the German market with a market share of approximately 13 percent in this channel, 251 million euros in premiums and about 600,000 clients.

About MAPFRE MAPFRE is a global insurance company present in 49 countries across five continents. It is the leading insurer in the Spanish insurance market, the leading multinational insurance group in Latin America and one of the top 10 insurance companies in Europe in terms of premium volume. In 2014 it reported a net profit of over 845 million euros and revenue of 26,367 million euros. MAPFRE has more than 38,000 employees and over 27 million clients.