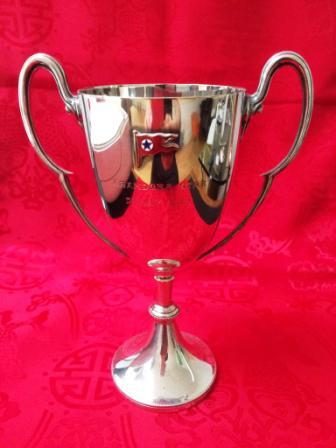 July 2015 marks the 75th anniversary of the sinking of the Arandora Star. This converted cruise ship was carrying around 1500 Italian, Austrian and German internees and ‘enemy aliens’ to Canada when it was torpedoed by a German U-boat off the coast of Ireland on the 2nd of July 1940. Over 800 people lost their lives, the majority of whom were Italians.

Despite an official enquiry at the time, many of the facts surrounding this controversial incident have not yet come to light and are still classified – to many it is seen as a forgotten tragedy and the impact on the Italian community across the UK was profound.

In 1939 the British Government had introduced Defence Regulation 18B which suspended the right to habeas corpus for individuals suspected of posing a threat to national security. Detainees were selected according to categories A, B or C – A being the most ‘dangerous characters’. Unlike the selection process of Austrians and Germans, the Italians were never classified and were rounded up en masse in a chaotic fashion; names were confused, anti-fascists were lumped together with known sympathisers and elderly civilians who had never taken up British citizenship were arrested despite the fact that they had sons fighting in the British Army. Many of these men ended up on board the Arandora Star. Conditions on board also meant that the evacuation process was hampered, leading to large loss of life. The Canadian ship HMCS St Laurent rescued survivors.

On the occasion of the 75th anniversary of the sinking of the ship, the Arandora Star London Memorial Trust and the London Italian community will organise a number of commemorative events, including an exhibition at Holborn Library, Theobalds Road, London, WC1 from 6th July 2015 including archive photographs and precious artefacts from survivors and those who perished.

The exhibition will run for 4 weeks and will travel to other venues (details TBC).

At this crucial stage of this important project, the Arandora Star London Memorial Trust is appealing to the Italian community for any historical material, artefacts and documents in their possession which could be included in the exhibition. To loan any such material please email the curator peter.capella@ntlworld.com

The Arandora Star London Memorial Trust will also be linking up with other trusts and commemorative events in Italian communities across the UK and in Italy.

1st July 1940
The SS Arandora Star set sail from Liverpool bound for Canada with an estimated 1500 on board, including internees (734 being Italians), crew and guards. The ship had been painted grey, did not have a Red Cross to signify it was carrying civilians and life boats had been secured behind wire mesh. Alastair McLean’s book The Lonely Star claimed that obstructing access to lifeboats was ordered despite protests from the ship’s Captain, who said that it rendered the vessel a death trap.
2nd July 1940

At approximately 7am the SS Arandora Star was torpedoed off the North West coast of Ireland with the loss of over 800 lives – 446 being Italians and 241 being from the London community. The survivors remained in the water for several hours before being rescued by the Canadian destroyer St Laurent and were taken to Greenock Scotland.

10th July 1940
They were transferred to Liverpool and the ship SS Dunera, bound for Australia. Meanwhile, bodies from the SS Arandora Star were being washed up all along the west coast of Ireland and Scotland – from Termoncarragh, County Mayo to South Uist in the Outer Hebrides. The bodies were collected and buried by local people in local cemeteries and churchyards. Of all the civilian bodies that were recovered only thirteen could be identified as Italians.

30th September 1940
The SS Dunera arrived in Australia; the journey was described as “55 days of Hell”.

30th October 1941
The first London Italian internee to be released from Australia.

1st July 1945
The last London Italian internee to be released from Australia.