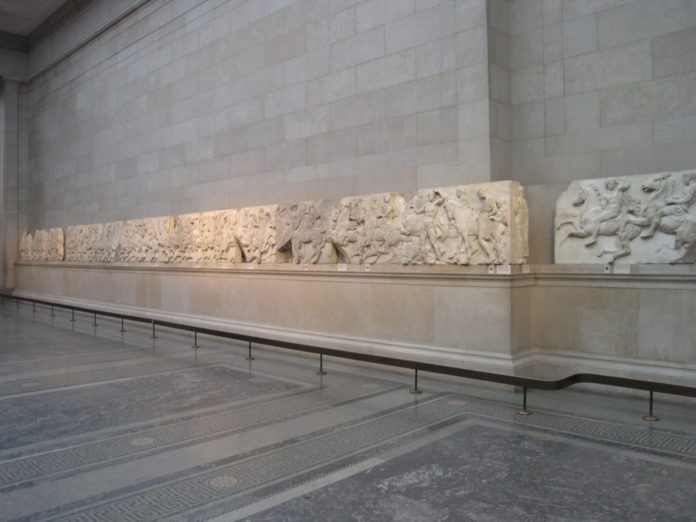 London- The British Museum has some areas dedicated to civilization that influenced the progress of humankind. For example, there is an area dedicated to the Ancient Greece which actually is one of the most visited areas of the Museum.

Located in the Ancient Greece section there is the frieze of the Parthenon, which is now object of discussion between Greece and England. The Greek government wants to have back the sculptures since they historically belong to Greece. Otherwise, the British Museum doesn’t want to give them away.

If you are wondering why the Parthenon frieze is in the British Museum, here there is what happened. Lord Elgin went to Greece and brought it with him back in England. But during the travel, the ship wrecked and the frieze went lost. Someone found the piece near Marseille (France) and delivered to the British authorities.

According to the opinion of British Museum visitors being interviewed, British people would prefer the Parthenon frieze to remain in London, since they are an integral part of the Museum. Also British feel like a part of their the myth already discussed about the transportation of the frieze from Greece to London.

However, there are someone who would give back the frieze to Greece: those people think friezes are a symbol of Greece and a reason of pride. Taking also into consideration the current difficult situation in Greece, returning back the frieze could be seeing as a positive initiative in a period of dark.

A little percentage of visitors interviewed did not answer to the survey, because they considered the situation difficult to judge: the frieze contribute to attract tourist at the British Museum, but, at the it is an important part of the Greek history, able to restore the ancient beauty of the Parthenon.

London – During the Second World War british women tried to value their condition. Before this perio… READ MORE