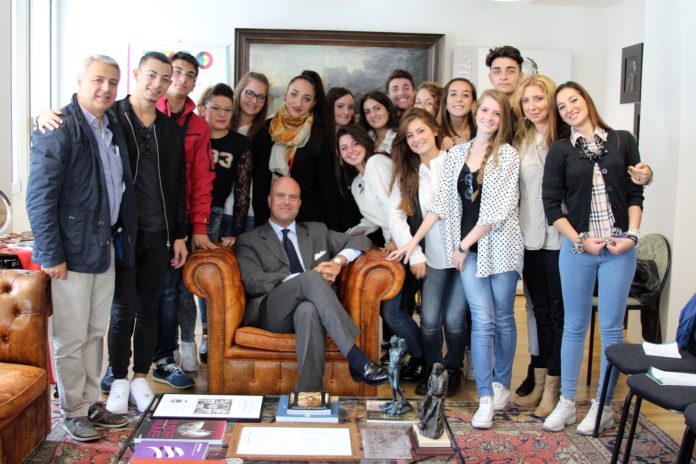 LONDON – After a brief presentation to the Consul,regarding our investigation which take into account 2000 English people opinion, we decided to ask the Consul some queries in order to have better knowledge on the image of Italians and the 2015 EXPO in Milan.

Q: How do you think Italians are view in English people’s opinion especially in this period that London is the favourite destination for the one who are leaving their native country?
A: There is a high number of Italians in London. Currently there are about 260000 Italians in England, which offers many opportunities for Italians to find a job and gain experience. Young Italians remain linked to the three F: Ferrari,food and fashion.

Q: About the last news concerning Theresa May, do you think that they(who?) could influence the UK referendum?
A: The questions is much more complex than it seems. It is a matter primarily of political issue, but no one could deprive the freedom of someone to move from one continent to another.

Q: If this reform will be carried on, what is going to happen about the Italian immigrants’ situation?
A: This topic becomes more difficult Because there is not a precise forecast of the immigration flow.
After this reform it could be more complicated for Italians to move to England.

Q: A small percentage of English people knows about EXPO,about you there is a disinterested or the problemi is the English information?
A: Many British workers are traveling to visit the EXPO,they are taking advantage of that to visit also the city of Milan and othe Itaian cities.I don’t know exactly the reason, maybe the communication.

Q:What is EXPO going to bring to our country according to your opinion? Which of these things are going to remain as a resouce to the country?

A: Despite it takes place in Italy, it involves not only the country in question, but also the rest of the world, as it allows the promotion of products coming from various areas.
Q: So what did Italy learn thanks to the EXPO?
A: The EXPO can be related to any kind of people without any age distinction . It is important because it refers to nutrition which is necessary to our life.
Q: Do you think EXPO could reinforce the relations among all the countries in the world?
A: EXPO is actually a big occasion for different countries all over the world. Milan and the Italian government have choosenthis topic or theEXPO because they thought this subject was right for this exposition.
Q: What does Italy need to become a competitive nation in the political and economic field?
A:The statistic numbers reguarding Italian economy are very positive. Italy is in fact the seventh or the eighth world power. The GDP has also started to grow.
Q: Would you like to live here or in Italy?
A: Italy is my country, I’m from Rome and I was born there. Obviously in Italy there is more flexibility between the people habits and for the respect of regulations. However, I’m happy to live here, but Italy is still my country.
Q: What do you think about English people? what do you thonk is their best quality? A: One of the best qualities of the English people is the respect they got for rules and for meritocracy that is the basis of British culture. Emergency management is more complicated than in Italy. Another important quality is that they are very laborious.
Finally we wanted to thanks the Consul for hes availability and the time he spent with us offering us a great experience, which will be very useful for the success of our article.