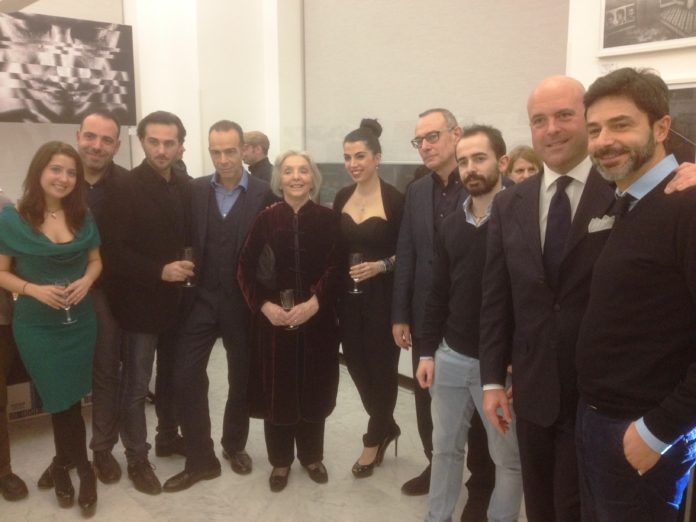 On Wednesday 16 December the General Consulate of Italy, has been hosted a interesting event entirely focalized about the theme of the cinema.

During that Wednesday evening has been screened the trailer of N.I.A.L. (Native Italian Actors London), this new cultural association is compound by young Italian actors and, thanks to the event organized by the General Consulate, there has been official launch of this motivated group of guys.

The idea of N.I.A.L is born few years ago while, a group of young actors, sharing their experiences at castings, discovered that in every casting here in London there was a common inconvenient detail.

When the casting was for Italian speakers they found many non-Italians who couldn’t speak the language and vice versa at castings for English speakers there were a lot of Italian with a low level of English. So they began to think that could be really annoying for casting agents and production companies to have constantly all these not appropriate candidates, and for seeking a solution to this problem thought that would have been a good thing the creation of this association.

The role of N.I.A.L is that to create order, giving help to who would be interested to begin his professional life as actor in London and find a suitable casting for him.

On Friday 11 December the founders Sara Laratro and Alessandro De Marco and the member of executive committee Emanuela Maletta have been invited as guests at the microphones of London One Radio for taking part at the live radio of the morning; however also Anna Elena Pepe, Simone Douani, Cecilia Gragnani e Marco Gambino are members of N.I.A.L. Especially Anna Elena Pepe, the main founder of N.I.A.L, wanted to remark how the idea to create this association of actors, which began in an informal meeting among friends, has been developing so that we have received the honour to be hosted by the General Consulate of Italy.
Apart the official presentation of N.I.A.L., the whole event was completely dedicated at the link that connects the large Italian community here in London, with the professional life on the cinematographic field. We have also had the pleasure to assist at the screening of the last work of the director Aurelio Laino entitled “Il ballo delle Meduse”. Laino, like his team of collaborators, moved here in London several years ago because this city could provide them more opportunities of work in the cinematographic sector compared to Italy. They were right, and now Aurelio Laino is became an estimated and famous director. With his last film, he wanted to highlight how in this particular moment, the flows of immigration to Italy are not so different from the flows of migration of young Italians to the United Kingdom and mostly to London.
The film, that has been filmed just this autumn in Genova, tells the story of two young Albanian and their new life in Italy full of hopes. The guys, one man and one woman, are arrived in Genova without the residency permit, are irregular immigrants and this situation will cause to them a long series of problems. However the whole story is a right comparison with the similar situation that thousands of young Italian are living now, in fact they leave Italy with the hope to find in London or in other places in Great Britain, a better conditions for their professional and career life. So the judgment of the British people about these new immigrants from Italy could be not so far from the judgment that the Italian people are used to do against the Albanians.
The director Aurelio Laino, intervening to microphones of London One Radio, told that the choice of Genova as city where record the film has not been random but is motivated by two main points: the first one is that Genova is a beautiful post industrial city, the second one is that the harbour made this city an industrial city but also an important crossroads for migration flows.

“Il ballo delle Meduse” gives us a lot of points of reflection and putting on the same flat the Italian immigration with the Albanian immigration, provides a new and interesting viewpoint.