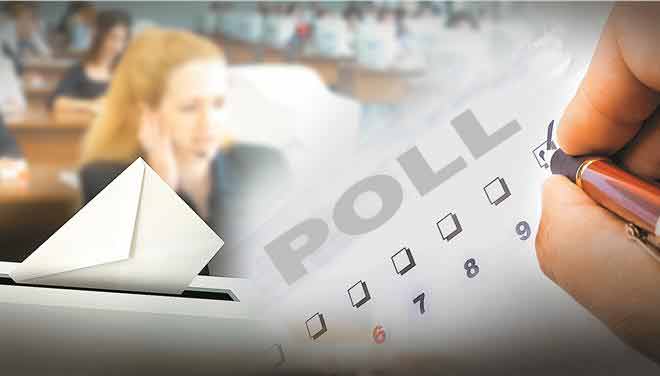 Statisticians have already overrun every branch of science with a rapidity of conquest rivalled only by Attila, Genghis Khan, and the Colorado beetle. – M.G. Kendall ( 1907 – 1983 ), pioneer of advanced Statistics.

At the dawn of western civilisation Pythagoras said, ‘All is number.’ In the pursuit of this dictum ever more fields of knowledge have been conquered by the empire of numbers, the hard sciences first, astronomy, physics, chemistry, then the soft ones, psychology, sociology, ethology, and so on. The general public is daily bombarded with opinion polls, which aim to mirror people’s beliefs, just as they do any other form of human behaviour.

[photo greece.greekreporter.com]
The French scientist H. Poincaré ( 1854 – 1912 ) remarked that, because of our human inability to grasp the overall sense of the world, we were compelled to cut it into slices. This is the rationale for opinion polls. Statisticians working with market research findings stratify their random samples into various groups by age, gender, race, social class and so on, in the same ratio as exists in the population under scrutiny. Then, by interviewing a cross section of selected people, they endeavour to envisage the behaviour of specific groups or classes of human beings.
The American George Gallup ( 1901 – 1984 ) using a robust statistical sample of a few thousand people made his reputation – and fortune – when he predicted in 1936 that the Democrat, Franklin Roosevelt, would defeat the Republican, Alfred Landon, in the U.S. Presidential elections, in direct contradiction of the authoritative Literary Digest magazine, whose poll was based on 2.4 million completed questionnaires.

Asking citizens their point of view lends visibility to public opinion, creating a semblance of democracy and modernism, even though it still remains to be ascertained whether, and to what extent, the proliferation of opinion polls has shrunk the distance between rulers and ruled and/or augmented the reliance of the public on the political class. It is important to remember here that one is dealing with opinions about facts, rather than with facts themselves. Managing opinion and actually understanding attitudes of social communities are two entirely different aims.

In addition there are a number of matters that may evoke a range of different shades of opinion, subtleties that just cannot be picked up by a questionnaire. As the Latin poet Terence put it, ‘So many men, so many opinions.’
Leaving statistical technicalities aside, the crux of the matter is the essential nature of the questionnaires that underpin the opinion polls. First of all, one has to bear in mind that the population samples are far from random. Some interviewees when asked for their opinion will straightaway realize that they do not really have one. And it is a constant occurrence that a fair proportion of those interviewed do not, in fact, fully complete the questionnaires, thereby altering the significance of the sample used. In France, the country that ranks second in the world in its use of opinion polls, 20% of those interviewed fail to answer the questions because of a basic reluctance to challenge majoritarian attitudes. This conspiracy of silence involves the aged, single women and persons socially or culturally on the periphery of society. Hence the oft repeated criticism that opinion polls lend more relevance to the needs of the middle class.

Furthermore, even the answers returned by the people being interviewed are merely a sample of their attitudes, based on their interpretation of specific questions at a given moment in their lives.
Finally, the personality of the interviewers as well as the wording of the questionnaire may provoke different reactions in the same people. During World War Two, the National Opinion Research Centre sent out two teams of interviewers to ask questions of five hundred black Americans in a southern city of the United States. White interviewers made up one team, black the other. One of the question was, ‘Do you think it is more important to concentrate on beating the Nazis, or to make democracy work better here at home?’ ‘ Beat the Nazis ’ was the reply of thirty–nine per cent, according to the black interviewers; of sixty–two per cent, according to the white.

Right from the beginning, opinion polls have achieved their greatest visibility and successes at election time, even though this activity represents less than 10% of the overall business of market research entities. Economic competition operates primarily on a basis of the number of researches undertaken in the shortest possible space of time, since consumer’s wishes have often proved quite difficult to grasp and a preference made explicit for something not yet possessed may well disappear once that same prize has been obtained. The techniques of market research, however, ever more skilfully refined in electoral issues, have become a useful investigative exercise with which to grasp the volatility of consumer attitudes, and analysis of the latest elections results along with the relevant opinion polls, has revealed itself to be a suitable tool with which to test the degree of consistence in people’s behaviour.

Harold Wilson ( 1916 – 1995 ), statistician and British Prime Minister in the 1960s and briefly again in the seventies, declared that one had to pay attention to opinion polls without turning them into idols… to consider them as honest attempts to encode public opinion at a given time… The presentation of the relevant outcomes should not, he felt, be influenced by the prejudices and the interests of those who controlled information… Opinion polls were a service to the public in that they contributed to democratic decisions… Eventually, people were elected to legislate, to rule and to give a judgement basing their decisions not upon what was electorally convenient but upon what was good.