On sale from 15 April 2016, the agreement will allow the Italian airline to widen its international network by placing its two letter “AZ” flight code on flights from Abu Dhabi to Sydney and beyond to Brisbane.

Similarly Virgin Australia will place its two letter “VA” flight code* on Alitalia’s daily flights from Abu Dhabi to Rome and Milan Malpensa to increase its presence in Europe.

The new agreement will also bring benefits for members of both airlines’ loyalty programmes. John Shepley, Chief Strategy and Planning Officer, Alitalia said: “There are about one million people in Australia with Italian heritage so we’re hoping that this new agreement will encourage more air travellers, especially friends and relatives, between these two great nations. 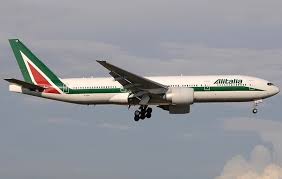 I can really see more Australian tourists visiting Italy thanks to this agreement and the connection times at Abu Dhabi work well for customers travelling from Australia to Italy. New benefits for members of both carriers’ loyalty programmes will be an added incentive for travel”.

Alitalia operates daily flights to the capital city of the United Arab Emirates from Rome, using Airbus 330 aircraft and from Milan with a Boeing 777 aircraft. Virgin Australia is currently undertaking a refurbishment of its Boeing 777 aircraft which will feature a new Business Class cabin from mid-year and operate three times a week between Sydney and Abu Dhabi. Alitalia’s expanded long haul international programme this year will see it start new direct flights from Rome to Santiago in May and Mexico City in June. Australia