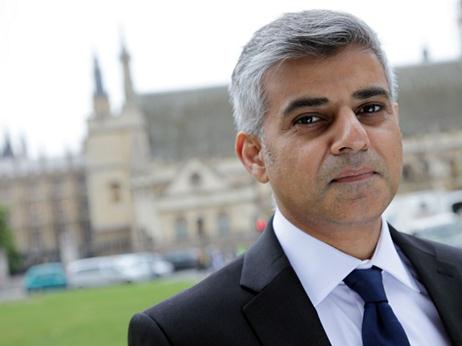 London – ( Just 1 days to go until the Mayor election) After Zac Goldsmith Conservative candidate for London’s Mayor  we ask some question to Sadiq Khan Labour candidate for mayor.

Born in London politician and lawyer who has been the Member of Parliament (MP) for Tooting since 2005 general election.

What are the principle points of your election campaign? London is at a crossroads. We have to decide what kind of city we want to be. One where ordinary Londoners are able to live, work and send their children to school. Or one where only the rich can prosper and communities are divided by race or religion. I believe I am the right person to bring people together, to unite communities and help keep London an open and tolerant place to live. I want to protect what makes our city great and I will do this if elected Mayor. London gave me countless opportunities to fulfil my potential and build a better future for my family. I had a good state school education and a place at university, leading to a job which enabled me and my wife to buy our first home. I want all Londoners to have the same opportunities I had. I will be a Mayor for all Londoners.

London is saturated with people in search of employment, how does one provide jobs for everyone? How do you increase the number of jobs? In which sectors?

To give Londoners the jobs they need, we must ensure they have the right skills for the jobs of the future. I will create ‘Skills for Londoners’ – a new skills partnership that brings together the Mayor, businesses and employers to give London’s businesses access to the skilled workforce they need to grow. They will provide careers advice in schools and set up a tech talent pipeline to help young people, particularly girls, get jobs in London’s burgeoning tech sector. To increase the number of jobs on offer we also must support industry, amending legislation where possible to remove barriers that limit employment opportunities. This means supporting small businesses, start-ups and entrepreneurs to help them grow in order to generate jobs and wealth. It also means protecting and promoting London’s world class art, culture and creative institutions. The thousands of jobs they create are currently at risk due to increasing costs which are forcing these institutions out of the city. I will also, and perhaps most crucially in the short term, campaign wholeheartedly to help ensure we stay within the EU. This will defend our competitiveness as a city and the jobs our membership of the world’s largest market supports.

London’s public transport is expensive. How could it become possible to reduce the cost?

After the cost of housing, transport fares are one of the biggest costs that many households face. They have risen sharply in recent years, with bus fares shooting up by over 50 per cent under the current Mayor. It can be a major barrier to opportunity and social mobility. We need a fares structure that is fairer and more affordable, and offers good value for money, while providing the revenue that TfL needs. As Mayor I’ll stand up for Londoners and freeze all TfL fares for four years meaning you won’t pay a penny more in 2020 than you do now. I will also introduce ‘The Hopper’, a new bus ticket so Londoners can change buses as many times as they need within one hour but only pay a single fare. This will be paid for by making TfL more efficient and exploring new revenue-raising opportunities.

Many young people are working on start up projects. What advice do you give these people?

My advice to those working on start-up projects, naturally, would be to vote for me as Mayor. I love the vibrant and dynamic start-up scene in London. With small businesses covering everything from fin-tech to food, they demonstrate the fantastic pool of talent we have in our city. I will be London’s most pro-business Mayor and this includes prioritising the support of start-ups I will use the powers of the Mayor to ensure London has the new industrial work-space crucial to those wanting to set up their own creative and tech businesses.

I will protect incubator and start-up space from redevelopment and even explore how we might factor live-work units into the affordable housing mix. I will use planning powers to ensure a commitment to investing in broadband infrastructure which is so crucial to the development of any small business, not just those in the tech industry. Start-ups will also be represented on my Business Advisory Board, a collection of business people and entrepreneurs who will advise me and help shape ongoing business policies.

Another important aspect is public health. How do you think the NHS can be improved?

I am passionate about the NHS and owe a lot to it. Like many people I am alarmed that the Tories have allowed it to drift into crisis. Since NHS London was abolished by the Tories, London is without the citywide strategic leadership on health it desperately needs. Waiting lists are longer, it is harder to see your GP and waiting times in A&E and for ambulances are increasing. London needs a Mayor who will stick up for the NHS, defending it from further Tory cuts and attacks, and provides real leadership and support. I am determined to be that Mayor. I will campaign for extra powers to coordinate health services across the city to provide proper strategic planning. This will promote borough innovation and help to shift the focus from reactive care to prevention and early intervention which would be a great improvement to the functioning oF London’s NHS. I will also work with the NHS and London Ambulance Service to help staff retention and recruitment, standing up for those who work in our health service. I will also do what is within my power to move towards parity of esteem between physical and mental health.

To reduce pollution and London’s traffic what do you plan if you were to be elected?

I know first-hand what the impacts of London’s filthy air can be, having developed adult onset asthma. I want to be the greenest Mayor London has ever had and have solid plans for a clean energy revolution which will reduce pollution and traffic. I will expand the Ultra-Low Emission Zone, introduce more environmentally friendly buses, and plant trees focused around schools. I will also establish ‘Energy for Londoners’ – a not-for-profit clean and green energy company that will lead on promoting low-carbon technologies and community energy generation across the city. Greening energy supply and achieving energy efficiency are crucial to meeting London’s ambition of reducing carbon emissions, generating our own power and regaining our position as a global leader on environmental issues. As a former Transport Minister in Government, I know that the growing congestion on London’s roads is a nightmare for all Londoners. I will help motorists across the capital by prioritising new river crossings in the East of the city, reducing the number of large lorries on London’s roads at busy times and keeping the congestion charge at its current level. My transport price freeze will also encourage people to use public transport rather than their own vehicles.

A huge problem in London is the cost of rent, how would you lower these housing prices?

What are your thoughts on the situation? Under the Tories, London’s housing crisis has gone from bad to worse. It now affects all Londoners, regardless of age or income. Londoners are spending more and more of their wages on rent and yet every year thousands of Londoners are forced out of our city, because they can’t afford to put a roof over their heads. I will be a champion for the two million Londoners currently living in rented accommodation and tackle the rising costs of renting head on. I will set up a new team of housing experts in City Hall called ‘Homes for Londoners’. They will introduce a London Living Rent, a below-market rent that will be offered in new build properties which will be a third of average renters’ income. This will make it easier for people renting privately in London to save up for their first deposit to buy a home. I will fight for the Mayor and London councils to have a greater say in strengthening renters’ rights over tenancy lengths, rent rises. I will also set up a London-wide not for-profit lettings agency for good landlords, building on the work that councils have started, and ending rip-off fees for renters. In the long run, the best way of addressing the rising cost of renting is to build more homes that Londoners can actually afford to buy. I will make this a priority and will build new homes on land owned by the Mayor, including TFL land.

What would be the first thing you would do should you be elected as mayor?

The first test of London Mayor is to keep Londoners safe. This requires tackling extremism and radicalisation head on whilst protecting police numbers and budgets. Zac Goldsmith would fail the vital first test as Mayor in less then two months as he is willing to put Londoners’ security at risk by campaigning to leave the EU. As Mayor, I will campaign for Britain to remain in the EU as it is vital for London’s jobs, growth, prosperity and crucially, our security. Leaving the EU would be catastrophic for London. European Union citizens in London won’t get a vote in the referendum, but they can still have their say by backing a Mayoral candidate who will campaign for Britain to remain in Europe on Thursday. Sent from my HTC.

Zac Goldsmith:Fighter for the environment but not only