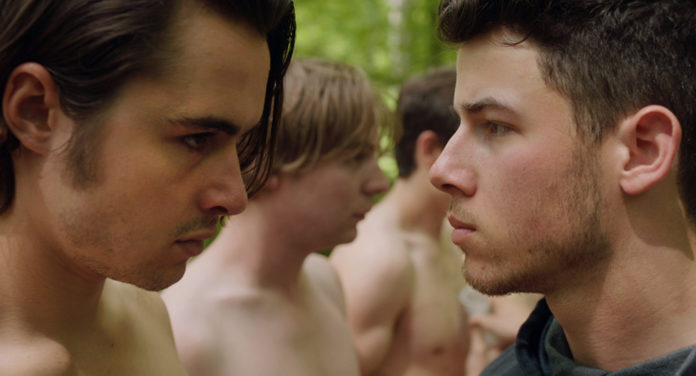 The writer and director Andrew Neel (2012 “King Kelly”; 2007 Alice Neel”;  2006 “Darkon”) brings to the big screen the autobiographical story of Brad Land, author of “Goat: A Memoir”, a casket of memories dating back to 2005 exploring the deep and contradicting emotions of his youth, in close confrontation with the quasi-religious culture of the “fraternities” typical of American universities.“Goat”, the title of the film, is a faithful account of the pages of adolescent life in which directorial ability and the skill of the actors blend beautifully to gift filmgoers the exploration of emotional layers typical of that stage of life.The story is that of 19-year-old Brad (played by Ben Schenetzer) and his attempt to overcome a painful assault suffered as a result of his naivety. A flippancy which has left him physically and psychologically shattered. It is an experience which becomes the boundary to his world, but also the occasion for a first showdown with the adult world: the indifference of the local police, the inability of his parents to communicate with him and the sense of guilt of his older brother Brett (played by Nick Jonas) ignite like mines in his life. It is the analysis of Brad’s relationship with his brother which provides the body of the film.It is a strong and complicit relationship which is abruptly interrupted when the elder brother chooses to enrol at university and join a fraternity. Brad, by now trapped in his bubble of fear and depression, feels his world fall apart. However, Brett, feeling sorry for him, drags his brother into his world. Brad immerses himself totally in this distorted reality impenetrable for adults where rules are dictated by the strongest and whoever fails to respect them is a “goat”; where it is impossible to escape the extreme and immoral initiation tests. It is a bubble worse than that which Brad has left behind, which puts his relationship with his brother to the test and forces him to face his inner demons and to mature.“Goat” exalts the account of adolescence but turns the spotlight on certain twisted aspects of American society, in which deference to rules clashes perfectly with the contemptuous satisfaction of not respecting them.The cast boasts the illustrious name of James Franco in the role of Mitch, a frat veteran, enriching the film with a superb cameo.