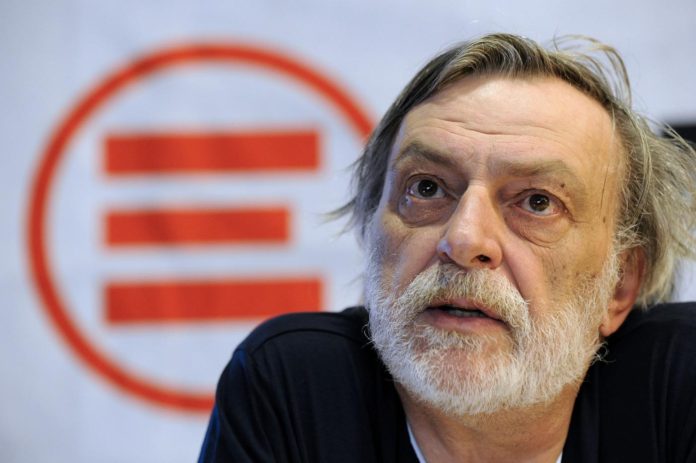 The Q&A at the “Why War” event, created by EmergencyUK, is started by the Londoner Giles Duley, a war-photographer who’d rather be classified as a anti-war photographer.

He shared with the audience the reasons why he happened to become a photographer and eventually a “anti-war photographer”; when he was a sportive young man he was victim of an accident that kept him in the hospital for a while, during which he received from his godfather two gifts: an Olympus camera and a book about the famous war-photographer Don McCullin. He then became passionate about photography and pursued a career as a music, fashion and tabloid photographer, traveling around the world, meeting cool and famous people. A life that all of his friends used to be jealous of, but he wasn’t very happy about that. At the end of the day he used to go back to his hotel room, feeling like he didn’t do anything special for himself of for the world. That’s when he re-opened that book that was given to him some years before about war-photography that he finally found out what he wanted to do though his art, storytelling the war.

So he starts co-operating with big associations and charities like Doctors without Borders, directly on the battle field. Unfortunately, in 2011, in Afghanistan, he stepped on an improvised explosive device (IED) and he was severely injured, losing both legs and an arm. This accident didn’t stop him from going back to work, once he recovered and so now he’s recently been back to refugee camps near Syria, where he documents the lives of these people that he’d rather not call “victims” of the war but normal people, with an incredible strength, to whom he wants to give back dignity through his photos and portraits; “When I speak to these people, I don’t see refugees, I see doctors, lawyers, builders, children, normal people who have been deprived of their normal lives”. 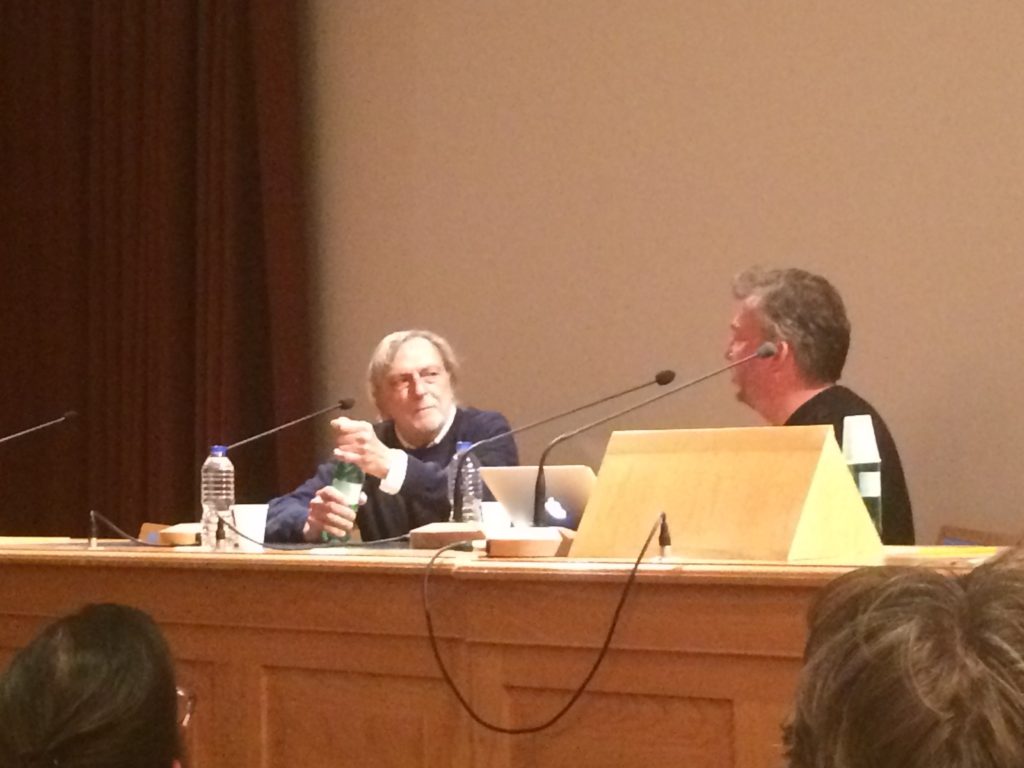 Then Giles is joined by Gino Strada on stage, surgeon and co-founder of Emergency, a charity organization that has been operating in conflict areas of Africa since 1994 to provide medical assistance to large part of the population who normally doesn’t have access to free and high quality medical care. More information can be found online on their official website, emergency.it, but today Gino’s purpose is to talk about the philosophy behind the mission of Emergency. He claims to be a cold person, even with the young patients who demand to see him before surgeries, because he’s afraid to become too emotional and attached, but also because he wouldn’t know what to say to these kids who need to be treated because of wars that could be avoided but are perpetrated by adults living in what we call a “civilized” world. The existing inequality between those who can have and those who cannot have, those who have rights and those who have not, generates discrimination and division among people, and nobody is taking care of eliminate this separation; talking about healthcare, specifically, there are so many people who cannot access quality and free treatments, even in Italy, although it covers one of the top positions in the ranking for best national health system. Then there is war; always there, ready to knock on our door, nowadays more than ever, although millions of people have already been experiencing that for decades now, with governments and media turning a blind eye on this matter. Strada said “I’m not a pacifist, I’m simply against war” and accused politicians of all parties and countries to not understand how nocive war is for everyone, and after all history showed us, is still an idea taken in examination by governments when actually it should just be abolished, because “war is not human”. Despite it, he doesn’t aim to be a politician, he only wants to keep doing his own job, the surgeon for people in need without asking to be paid by his patients. The last part of the event is the actual Q&A where various people, Italians but also other nationalities, in the audience, had the chance to ask their questions and they all seemed to lead to one main doubt: what can we do, as powerless and little human beings, to change things and stop war? The answer, unfortunately, is not easy, probably doesn’t exist, but the advice given from both Strada and Duley is to find in our own lives and routine something that can express our campaign against war. Duley found his own vocation in storytelling through photography, Strada through medicine. We can all do something starting from our ambitions, our skills and the people around us. 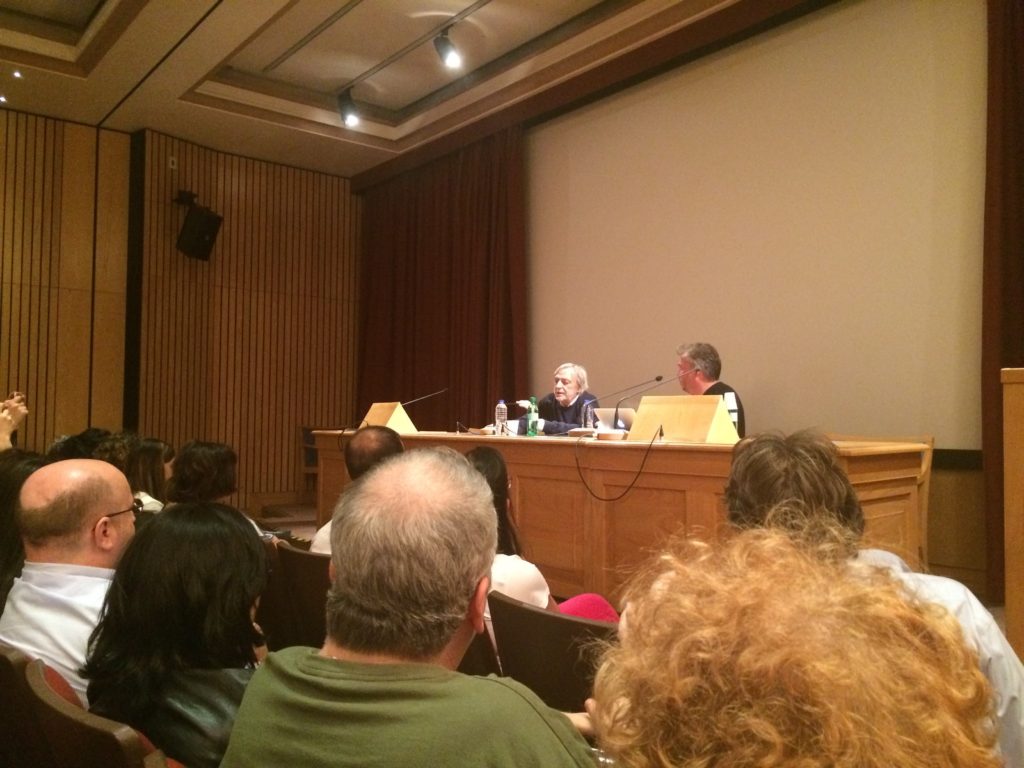