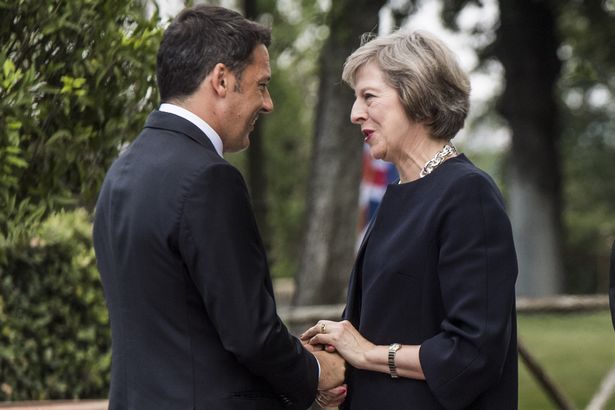 ROME – The Prime Ministers of Italy and UK met yesterday at Villa Pamphili in Rome, to discuss some crucial aspects of the relations between the two countries after the Brexit results in a press conference, and to get to know each other a little bit better while enjoying some Italian goodies. Theresa May explained once again that, even if the UK will soon be out of the EU, it will “still very much be a part of it” and added that her main goal is to develop a plan that can benefit both parts; a plan that could be totally different from everything we have already seen happening in the EU with Norway, Switzerland and Iceland.

As far as the Anglo-Italian relations are concerned, both premiers stressed how this result marks the beginning of a new chapter for everyone: Matteo Renzi confessed his bitterness towards the referendum results but stated he is confident “some good would come of it“. In addition to that, with the Brexit being a turning point in history, economics, politics and society, he underlined the importance of arranging and following a precise timeline in the upcoming months. His English counterpart didn’t agree: Mrs May explained how every decision made from now on has to be cautious and mindful and said she hopes that EU leaders will be able to understand the UK’s need to have more time to set up a plan for the future. 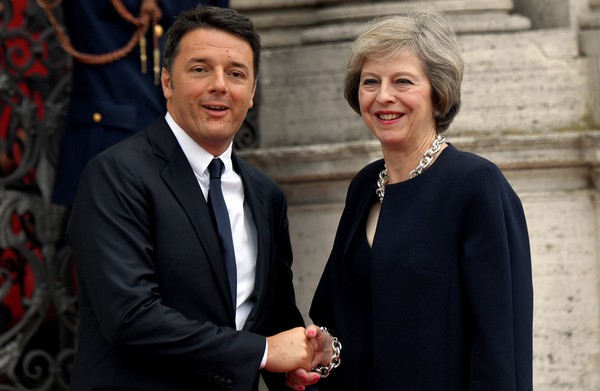 Mrs May assured that nothing will change in the way rights are applied to Italians living in the UK but, she added, that she will guarantee a different and better treatement UK’s citizens in their own country, since that is what they asked for with the referendum. Regarding the current economic relations between Italy and the UK, both premiers wish to create a future “win win” plan for their countries: Italy occupies the 8th place in the list of trading countries with the UK, with a current £24bn annual two-way trade which, they hope, will be boosted in the future.

After a month from the Brexit results the situation still appears quite uncertain for both the UK and Europe, but the shared plan all leaders have in mind is reassuring: this referendum marks the beginning of a new era for the European Union, which Renzi defined as a “miracle” that “allowed a 60 years period of peace and prosperity“, in which all countries have the opportunity to grow and better themselves in order to create a brighter future for the EU and its citizens.