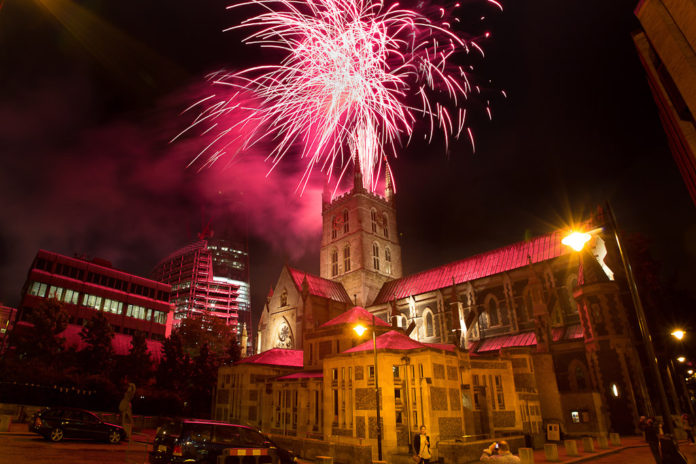 The series of spectacular art events, which are all free to the public, will take place in key sites across London, the City, Southbank and Bankside from Tuesday 30th  August  to Sunday 4th  September 2016, marking this momentous event in London’s history and addressing its contemporary resonance with themes including displacement, disaster and the resilience of the urban metropolis.

DOMINOES, Station House Opera, City of London. First commissioned by CreateLondon in 2009, DOMINOES s an extraordinary kinetic sculpture that has since travelled worldwide. This new version, specially ­created for LONDON’S BURNING by artistic director Julian Maynard ­Smith, will be its most ambitious yet, involving 600 volunteers, 23,000 breeze blocks and a 5.5km run through the city, tracing the paths of the Fire through its streets, buildings and public spaces, linking the past with the present in a symbolic and physical chain of cause and effect.

FIRES OF LONDON (FIRES ANCIENT – FIRES MODERN), Martin Firrell, St Paul’s Cathedral dome and fly tower of National Theatre. Two new commissions either side of the River Thames. Fires Ancient will light up the south and east sides of the dome of St Paul’s Cathedral with a fiery projection echoing both the catastrophic impact of the Great Fire of London on the Cathedral itself and the birth of the building designed by Christopher Wren that emerged, phoenix ­like from the ashes. Fires Modern will be projected onto the fly tower of the National Theatre. The projection of Firrell’s text and flames will reveal stories of resurgence and change that have shaped the UK’s capital city and created the open and diverse metropolis that we enjoy today.

OF ALL THE PEOPLE IN ALL THE WORLD, Stan’s Cafe, Inner Temple. From the handful of recorded deaths to the tens of thousands made homeless in 1666, OF ALL THE PEOPLE IN ALL THE WORLD will count the cost of the Fire in grains of rice comparing historical facts with contemporary moments. Located in the Inner Temple and watched over by the stern portraits of four of the Fire Judges appointed by the King to adjudicate on compensation claims after the Fire, this installation offers a remarkably compelling way to experience the impact of these dramatic events.

HOLOSCENES, Early Morning Opera, Exchange Square, Broadgate Exchange Square. Broadgate will see the UK Premiere of HOLOSCENES, a mesmerising 6­hour underwater performance ­installation by US­ based Early Morning Opera. The piece reminds us that today, it is flooding rather than fire is the contemporary threat in this and many contemporary cities, and one we are ignoring at our peril. Created by Artistic Director Lars Jan, the piece features individual performers going about mundane daily tasks as water levels rise around them. A MAPP International Project (Supported by British Land)

FIRE GARDEN, Compagnie Carabosse, Tate Modern riverside. With views across to the City and St Paul’s Cathedral, French fire alchemists will transform the riverside area in front of Tate Modern into a crackling, spitting, after-dark adventure. 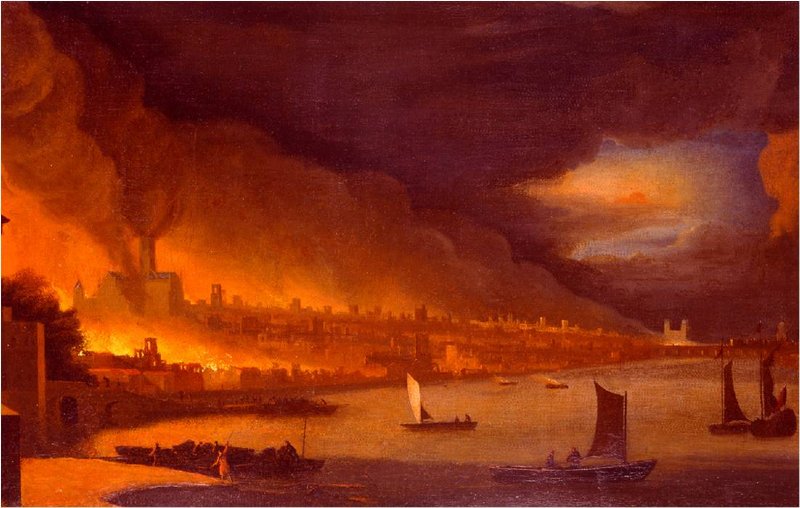 LONDON 1666, David Best & Artichoke, River Thames. This spectacular finale will see an extraordinary 120­metre long sculpture of 17th ­century London floated onto the River Thames and set alight in a dramatic retelling of the story of the Great Fire. Designed by American artist David Best, working in collaboration with Artichoke.