A YEAR after introducing the lifesaving Men B vaccine, millions of young children remain at risk from this devastating disease.

On Tuesday 1 September 2015, the UK became the first country in the world to introduce the revolutionary new meningococcal group B (Men B) vaccine, Bexsero to under 1s through the NHS.

Despite this, more than one child a month*1 may have contracted the deadly Men B infection and up to five children may have needlessly died. Many of those who have contracted Men B will be living with life-changing after-effects.

Had the decision been made by the Government to vaccinate all under 5s, these tragedies could have been avoided.

Parents like Jenny Burdett, whose daughter Faye’s death sparked an unprecedented 823,346 signatures to a UK-wide petition, have renewed calls for the vaccine to be made available to all young children at risk.

“As a family who has been through the devastation of meningitis, we feel that all children should be protected from this cruel disease that took our daughter. It’s not just about Faye’s death but also about the maiming of children that survive the disease; it is life changing for a child and their family. Prevention must be better.”

Until the decision is made to extend the age range of the vaccine, an estimated 2.1 million*2 children under 5 remain at risk from Men B. Meningitis continues to kill more children under five than any other infectious disease.

“The introduction of the Men B vaccine was a milestone in the prevention of this killer disease – it’s such a shame that the Government didn’t have the courage to go that extra step and protect all children most at risk.

“The recent decision by the JCVI, not to vaccinate children up to the age of 2 years, due to vaccine shortages, exacerbates the need for the government to take action.

“We call upon Secretary of State for Health; Jeremy Hunt to mark today’s anniversary by taking that extra step now and introduce the vaccine for all of the nation’s children up to the age of 5.”

Meningitis Now is collecting signatures to add to a letter to the Secretary of State for Health, Jeremy Hunt, as part of its’ ‘Give Children A Voice’ campaign. The letter will be presented in Westminster by a child who has missed out on the vaccine in the coming weeks. To add your name visit:

For more information on the Men B vaccine, as well as the signs and symptoms of meningitis, visit www.meningitisnow.org

*2  Based on an annual UK birth-rate of 700,000. https://www.ons.gov.uk/peoplepopulationandcommunity/birthsdeathsandmarriages/livebirths/datasets/birthsummarytables 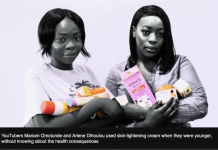 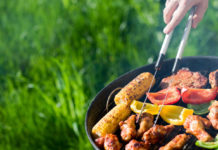 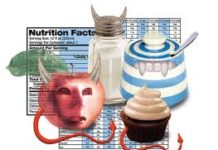