TO SUPPORT VICTIMS OF THE EARTHQUAKE IN CENTRAL ITALY, ITALIANS CARD LAUNCHES THE SITE ITALIANS4ITALY. THE INITIATIVE WAS BORN THANKS TO THE COLLABORATION WITH SPONTANEOUS AND IMMEDIATE RESPONSE FROM NUMEROUS PUBLIC AND PRIVATE INSTITUTIONS IN UK AND ITALY.

ITALIANS4ITALY (or ITALIANSFORITALY) was born as an immediate response to ITALIANS CARD initiative to support the Italian charity working within the territory during the crisis caused by the earthquake that hit central Italy – therefore the whole country – which is in a need of support that should not be limited to these emergency days.

The initiative is unstructured, free and as simple as possible. It aims to achieve its goal in disintermediated, transparent, free from political and religious prejudice, based on the need to maintain a constant support, and the use of technology to save donation fees (free of commissions from banks, credit cards, foreign exchange and fundraising sites – commissions which sometimes reach up to 20%) and where possible optimal tax for residents in the UK.

All donors will be able to monitor their contribution and receive certification regarding the use of the donation by a chosen charity.

Everyone can report new charities – strictly Italian – in addition to those already suggested on this site, as well as promoting initiatives or events taking place in the United Kingdom to support the emergency earthquake.

THE PROCESS OF DONATIONS IS EASY:

If the charity is registered in UK or the money is send from UK as a GIFT AID, the donor resident in the country will receive the certificate for tax purposes.  The UK account controlled by a third party auditor

Once you r contributions will be send to the non-profit Italian organization, the acknowledgment of paymeny and confirmation of how the funds will be used will be send. Finally, followed by an email sent to each donor who wil provide feedback for the payment.

The co-founder, Mr Matteo Cerri, says:
“We just want to be a simple, effective and efficient to lend a hand in this time of need. A tool that we hope will also serve in the future and give continuity to that incredible stream of solidarity that quietly flowing between Italians in Italy and abroad. It is not for us to choose how and to whom to give, but we just want to provide a channel to help those who are in the field helping every day. We wanted to make transparent, trackable and optimal donations, using simple technologies that we are using for cards and accounts of Italians Card, and tried to make further contribution of our card holders that there are already more than a thousand in the UK. What surprised me is ‘a sense of belonging and genuine solidarity that, in this crisis, our people have been able to express, even from a distance. This project ‘started with a call to a friend; others, dozens of them, have suffered side by side and worked during the days off because ‘the site started its operation in less than two days! “ 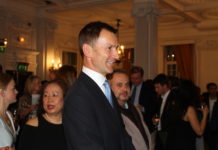 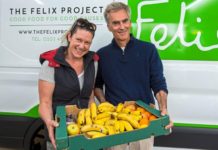 DON’T WASTE FOOD: rather give it to the hungry