Luisa Liu
LONDON– The local daily newspaper London Evening Standard have just launched a campaign to collect wasted food in order to give it to the hungry in London. It could be seem odd that in London, one of the richest cities in the world, many Londoners suffer from hunger and struggle to feed themselves and their families properly.  And yet, every day hundreds of tonnes of surplus food are thrown away in our city.

That’s why Evening Standard chairman Justin Byam Sham and his wife Jane co-founded the Felix Project charity, set up in memory of their young son Felix, whose life was tragically cut short in 2014 at the age of 14. Thanks to this project the distribution of food -in order to make sure overyone gets a proper meal- becomes no so expensive anymore.
The Felix Project aims to collect the surplus food from food suppliers and  to distribute it to local charities, so that healthy meals for hungry ca be provided. The project simply wants to see Good Food Go to Good Causes, Food for London.
Eventhough the Food was Campaign was lanched just yesterday, today Global banking group Citi becomes the first enterprise to support the project, making £ 200 000 donation, in order to tackle food wast and hunger in London. This windfall will face Food poverty and Food waste issue.
You also can support this project: just donate food, money or become a volunteer to help with the Felix Project. Solving these challenges depend on your every singol action, however small it may be. 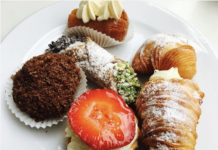