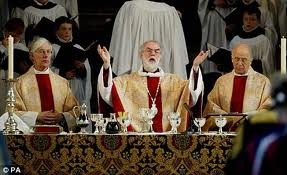 Bishops across the country, backed by the archbishop of Canterbury Rowan Williams, have condemned the coalition government’s welfare reforms, which they claim could push thousands of children into poverty and even make some homeless.

In an open letter in Observer, they say the Church of England has a “moral obligation to speak up for those who have no voice”. Their message is that the cap could be “profoundly unjust” to the poorest children in society, especially those in larger families and those living in expensive major cities.

A spokesman at Lambeth Palace said Williams was fully behind the bishops‘ initiative. “As a president of the Children’s Society the archbishop fully supports the proposed amendments to the welfare reform bill.”

“Many working-age families with adults in work cannot afford to live in central London, for example, and it is not right for the tax payer to subsidise households on out of work benefits who do.”

The idea of limiting the benefits to larger families was first suggested by the Culture Secretary Jeremy Hunt last year.

Christmas in Londonbegan a month before the [ … ]