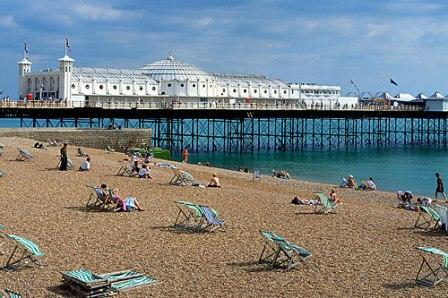 Summer time:  Is an old question, in the summer is better remain in London and to see her beautifully or to go in Brighton on the sea, one hour from London, by train? For many English people the question doesn’t exist. They prefer to go out of grey London and to go in to the beach and therefore Brighton, for the tourists there is confusion still. Brighton is a beautiful little town on the sea with a lot of attraction for young people, Disco, pub, the city organizes parties, fare on the sea, and it’s characterized by the famousBrighton pier with inside numerous funs and fun fair. Brighton is the ideal place to find fun, sea, and Low price. Brighton beach has a nudist area (south of the easterly part of Kemptown). Brighton’s beach, which is a shingle beach up to the mean low tide mark, has been awarded a blue flag. The Monarch’s Way long-distance footpath heads west along the seafront above the beach. Ohso Social is a former deck chair arch that has been transformed into a bar and restaurant.

Brightonis near to one of the most beautiful coasts English where there are the chalk cliffs seven sister. Situated in the South Downs National Park, the Seven Sisters Country Park comprises 280 hectares of chalk cliffs, meandering river valley and open chalk grassland. It is a popular place for a number of outdoor activities including. 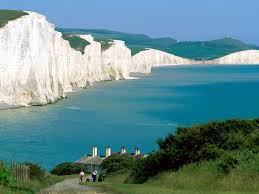 The Seven Sisters cliffs are made of chalk that formed where the South Downs meet the sea. The cliffs are receding at about 30-40cm each year on average. The process is intermittent with major falls occurring after heavy rain or rough seas, often two of three times per year. Where these falls occur they protect the base of the cliffs from the sea and usually there are no falls in the same places for eight or nine years until the sea undercuts the cliffs again. [photo seven stister englandwallpaper]

Brighton is considered to be one of the UK’s premier night-life hotspots and is also associated with many popular music artists. There are a large number of events and performance companies operating in the city. Each May the city hosts the Brighton Festival, the second largest arts festival in the UK (Edinburgh). This includes processions such as the Children’s Parade, outdoor spectaculars often involving pyrotechnics, and theatre, music and visual arts in venues throughout the city, some brought into this use exclusively for the festival.

Brighton and Hove shopping is a very therapy any time of year.So whether you want to soak up the sun with some summer shopping, take the chill out of winter with a heaven sent shopping spree Brighton style or simply put the creative into your Christmas shopping, the city offers retail therapy at any time of the year. In Brigthon there are the true and the best fish and chips of England, eat them in front of the sea is a really lovely and tasty thing. For the impassioned of the beer (14th- 17th July 2011 The Old Paddling Pool, Kings Road Arches. Brighton, BN1 2FU) there is a the Brighton Beer Festival is a brand new event bringing thebeer festival concept right up to date and propelling it in to the 21st century… Traditionally beer festivals have catered exclusively for real ale drinkers and only sold real ale, but the brighton beer festival aims to embrace a much wider audience and introduce a new generation of drinkers to the delights of beers, ales, lagers, ciders, from around the globe. [photo brigthon pire iananthony]

The festival also aims to be very female and mixed crowd friendly with a variety of wines & cocktails available for those who don’t drink beer… so there will be something to tickle every palate. For the last three years the organisers of this event have been running the very successful “Beerfest Asia” in Singapore which saw over 27,000 attendees. We are looking forward to this years festival marking the start of a popular and successful yearly event. The Brighton Beer festival will have 2 dedicated trade afternoons giving brewers, distributors and buyers a chance to meet with local pub and club owners, hoteliers, supermarket owners and other representatives from the industry. 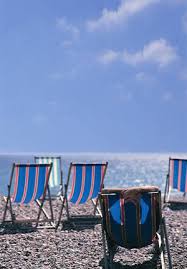 The Brighton Beer Festival Thursday is on 14th and Friday 15 th 2pm – 5pm Trade only (pre registration required). 5pm – 10pm General Public & VIP Saturday 16 th and Sunday 17 th 12 Noon – 10pm General Public & VIP Prices £10 standard ticket (in advance), £12 on the door Tickets include first beer free, for more information (ww.beerfestbrighton.co.uk). But the best thing to do, is not to speak about Brighton but to go in Brighton live every instant of this marvelous city, and maybe to go back in London for September or Autumn.