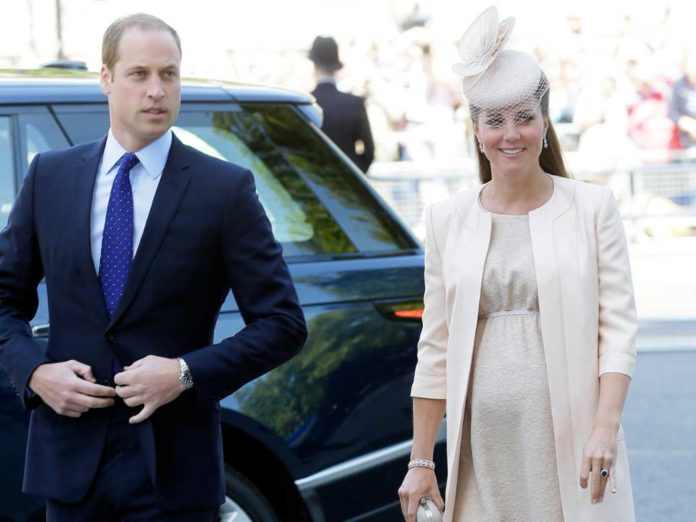 It’s written in the stars: Royal baby’s date of birth ‘considered to be auspicious for the nation and its well-being’
Birth date has historical resonances for health of a monarch and welfare of the nation, says University of Leicester historian of medicine
Will it be a boy or a girl?
Dr Elizabeth Hurren, Reader in History from the University of Leicester’s Centre for Medical Humanities reveals that, in the past, the birth date of the next in line in the Royal Succession was considered to an auspicious time, written in the heavens.
In a University of Leicester podcast, Dr Hurren discusses that the actual birth date was believed to be crucial. It heralded the medical destiny of the child and whether it was fit to rule. So much so, that everyone at Court watched and waited to see whether it was a good birth date with fortuitous timing indicating a much-loved monarch to come, or if it happened at a bad time of year did it portend a tyrannical ruler. Reports from many sources suggest that Kate and William’s baby is due between 15 July and 14 August, the cross over time between the star signs of Cancer and Leo.
Dr Hurren said: “If the baby is born around July 15, it will be Cancer. If it is born on August 14, it’ll be a Leo. Historically speaking, the Royal family have a much better track-record with Leos than Cancerians.”
The date of birth of a future monarch for a thousand years has been seen as very auspicious. It was considered so important that it was high treason to cast the monarch’s birth chart without written Royal authority. This was because the body of the monarch was said to be a symbol of the well-being of the nation. Dr Hurren describes both the process and importance the date of birth of a monarch had upon its personal medical history and ruling destiny.
“The day that the monarch is born is considered to be something that should be very carefully monitored. In the past, someone would have drawn up a birth chart using astronomical knowledge of the movement of the planets, and their astrological alignment. This was a respected ‘science’ and a form of Royal Heraldry, in the past.
“They would have drawn up a birth chart, looking at exactly when the monarch was born, the time of year, the phase of the moon, and the astrological sign under which they were born, as well as their maternal and paternal lines. Before the era of DNA and genome sequencing, casting a Royal Heraldry chart was the way people checked the genetic heritage of the monarch’s bloodline. As a result – a medical profile would have produced indicating the new heir to the English throne’s medical destiny”.
In the past leading characters in the line of succession whose birth chart was under the sign of Cancer, famously King Henry VIII, had worrying traits having a temperamental and volatile personality. Henry suffered from circulation complaints in his legs and had mood swings which affected his ability to rule. He was often bad tempered, slept badly and suffered from constipation because of his rich diet. It was said that if you put a thought into his head, it would run around and God knows what would come out – he was quite a quixotic character, not unlike King Edward VIII – another Cancerian – who abdicated in 1936.
In comparison, the star sign of Leo is considered to be very lucky for the Royal family. Leo is represented by the lion – the symbol of England – and was considered to be the sign of a natural leader. Dr Hurren added: “There have been a number of recent royals that have been Leos, most notable of course, the Queen Mother, but also Princess Anne who is very much admired for her hard work and her charity. So it will be interesting to see how people are speculating around this and whether this still has any meaning today at the time of the birth.”
Dr Elizabeth Hurren was an historical consultant on the recent BBC2 Programme, Fit to Rule, presented by Dr Lucy Worsley Chief Curator of Historical Royal Palaces which explored the medical profiles and health problems of the Royal family down the centuries.
You can listen to the podcast with Dr Elizabeth Hurren at: http://soundcloud.com/university-of-leicester/its-written-in-the-stars-the